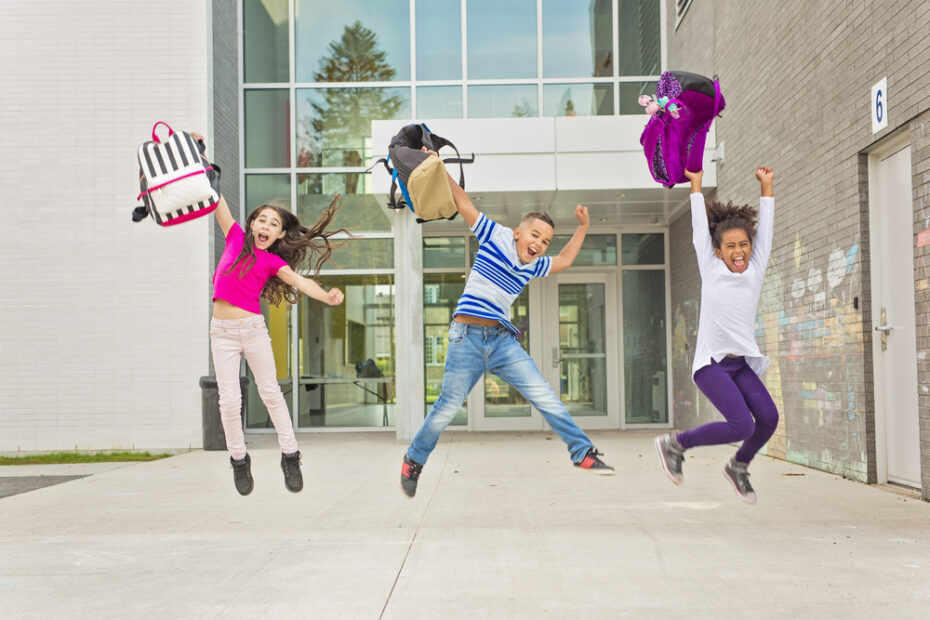 Still, these rankings represent a comedown from 2018. That year’s U.S. News rankings featured the eight best high schools in Austin in the top 250 nationally. Three were in the top 25.

Does Austin Texas Have Good Schools? 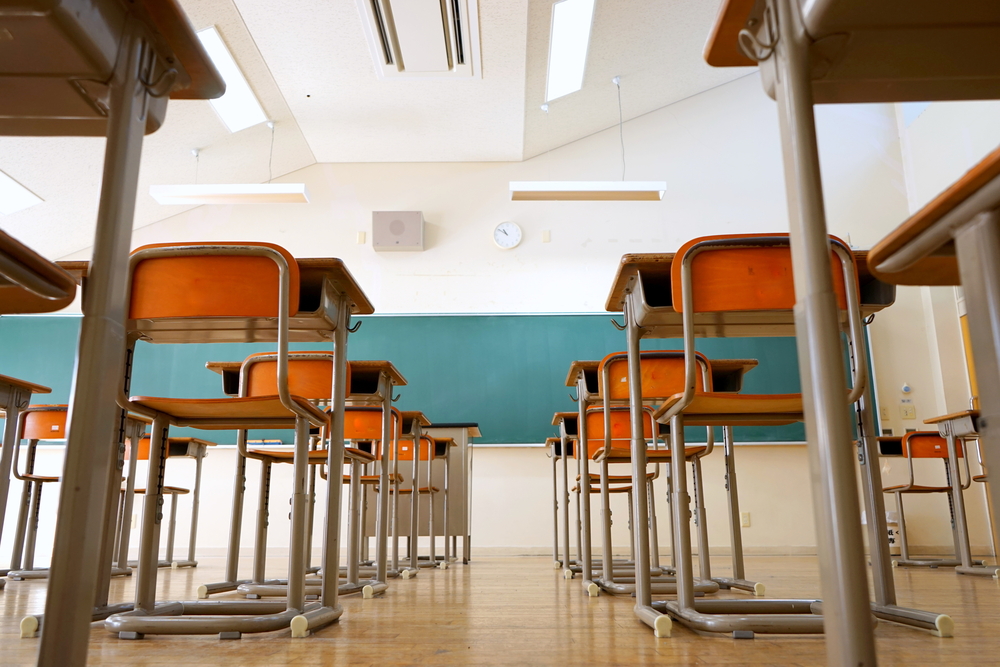 The Texas Education Agency (TEA) also evaluates the best schools in Austin in its Texas-wide rating system. In 2019, the last year to be rated, Austin school districts received an average score of 89 — a B. This score is slightly better than the state average of 85.

The most recent TEA grades showed that outside of the best schools, Austin has some struggling campuses.

Out of 120 rated campuses, eight received failing grades. This is twice the number of the year before.

More than half of rated campuses finished at the high end. 22 schools earned A’s and 53 earned B’s. 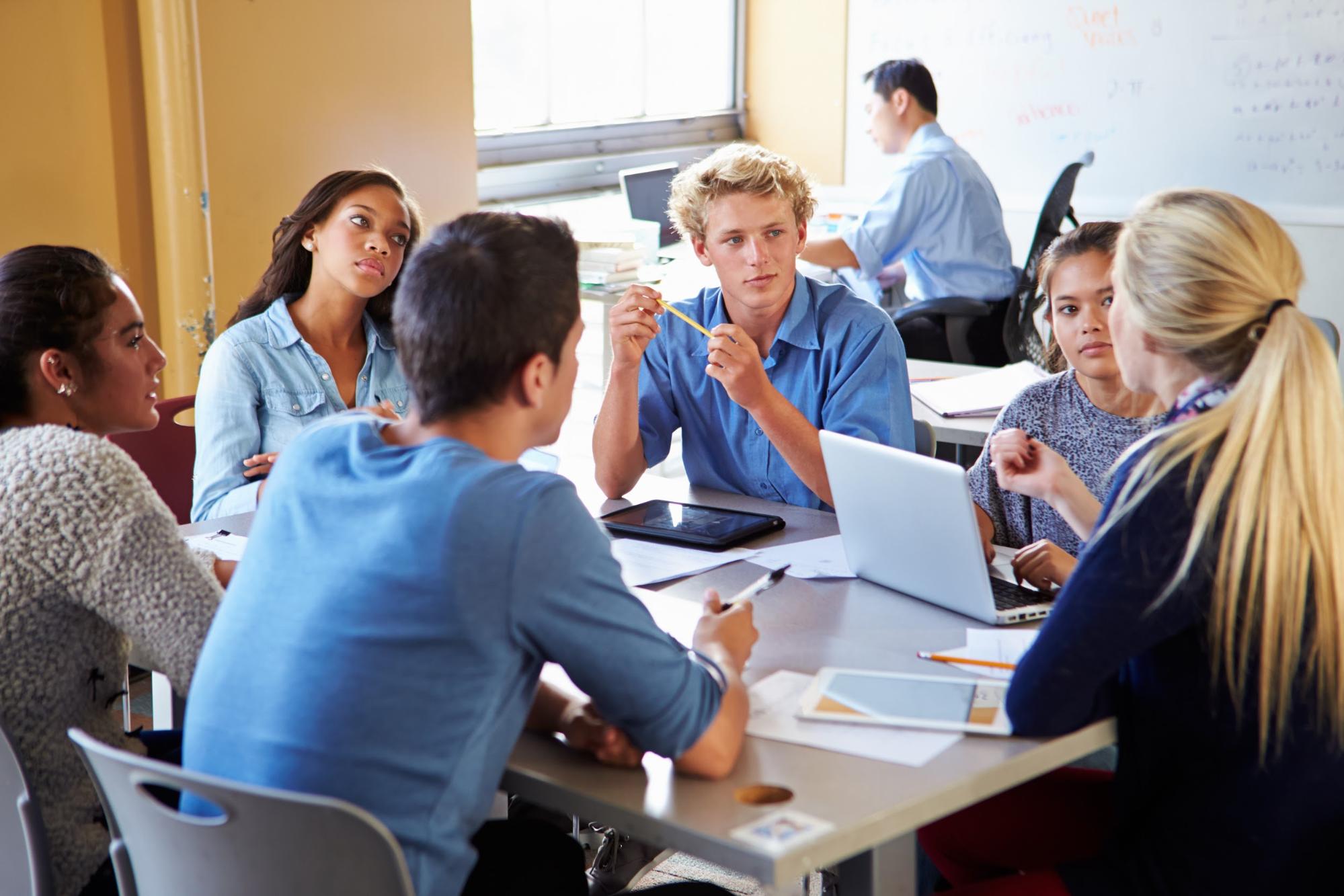 The U.S. News rankings are based on six criteria:

The TEA ratings depend on similar measures, broken into:

According to U.S. News, Westlake High School is the fifth-best high school in Austin — and the 298th-best in the nation.

Situated in the top-rung Eanes Independent School District (ISD), Westlake is recognized both as a TEA Met Standard School (the highest honor given) and a U. S. Blue Ribbon School. Excluding magnets, charters, and schools with an admission process, Westlake ranks second in the state for comprehensive four-year high schools.

Westlake High School boasts a 99% graduation rate, and an outsize share of National Merit Finalists, All-State musicians, and students scoring perfectly on their ACT tests. Extra-scholastic activities are also encouraged — the Class of 2018 tallied close to 43,000 volunteer hours in the community.

Students at Westwood have access to a multi-linguistic and intercultural curriculum. The school is A-rated in the TEA rankings, on the strength of college readiness throughout its student body and continual improvement.

As a winner of GreatSchools’ College Success Award, Vandegrift High School regularly sends its graduates to the best colleges and universities in the country.

It suffers from more achievement gaps than Austin’s other top schools, but it still graduates 99% of students. And these students carry average SAT scores of 1262 and ACT scores of 27 heading into college.

Add it together, and it’s good for a rank as U.S. News’ eighth-best Austin high school.

U.S. News rates Bowie High School as the 11th-best high school in Austin, even though it hits around average in many of its metrics.

Not including charter and magnet schools, it ranks as the best high school in the large Austin ISD.

Lake Travis High School comes in as the 13th-best high school in the Austin area, according to U.S. News.

It fares about average in minority achievement and student progress over previous years. But it produces strong college aptitude test scores, and standardized testing scores far above the state average.

Round Rock High School also prepares its graduates for successful higher learning, earning a GreatSchools College Success Award for its test scores and college curriculum breadth. Although such achievements aren’t spread equally among the student population, the school has been recognized by TEA in its efforts to close these gaps. 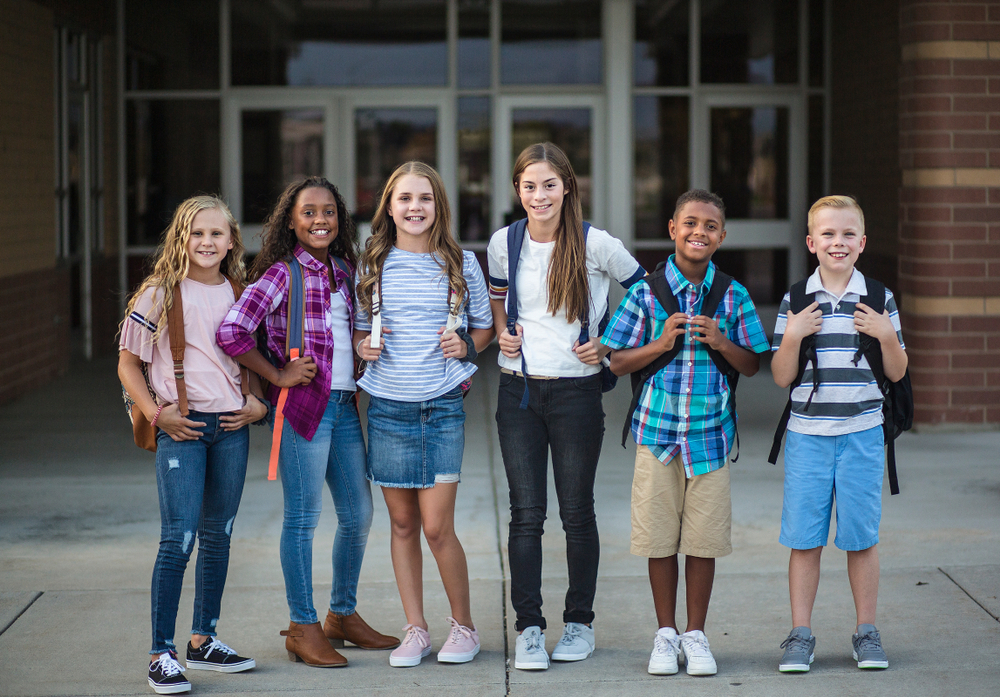 Austin’s high school rankings didn’t come out of thin air. When you look at the best middle schools in Austin, TX, you see many of the same top-rated school districts show up.

On the following list, Eanes, Leander, and Round Rock ISDs show the roots of their reputations as homes to the best public schools in Austin, and in Texas on the whole.

West Ridge Middle School rates an A in TEA’s ratings, based on its high scores in student achievement. It rates slightly worse in year-to-year progress and in cross-demographic success, but still above average for the state.

According to school evaluator Niche, West Ridge Middle School is the best in Austin and the third best in Texas.

Another TEA A grade was accorded toCanyon Ridge Middle School, based upon strong testing scores and equitable success throughout its student body. Its year-to-year progress lagged behind the best schools in the state. But its already stellar achievements are hard to improve upon.

On both Niche and Children at Risk’s rankings, the school rates as the third best in Austin.

Niche rates Stiles Middle School as the seventh-best middle school in the Leander ISD, just behind Canyon Ridge. But in TEA scoring, both schools finished with the same high A rating — a 95.

Just like Canyon Ridge, standardized test scores at Stiles are among the highest in the state.

Walsh Middle School is Round Rock ISD’s entry to the best middle schools in the Austin, TX area.

With a TEA rating of A, Walsh finishes among the best in the state for standardized testing scores, equitable success, and academic progress. This is all the more impressive given its slightly worse than state average student-teacher and student-counselor ratio.

Rounding out the trio of Austin’s best middle schools in Leander ISD, Four Points Middle School finishes slightly behind the other two schools. It still merits a TEA rating of A, but its standardized testing success isn’t spread equally across the student body.

Although it has a slightly low student-teacher balance, it retains a small-school feel with a comparatively small enrollment of 773.

With beatific names like Forest Trail and Valley View, the best that Eanes has to offer likewise dominates the Niche list of the best elementary schools in Austin, Texas. They also join Eanes’ best middle schools and Westlake High School as TEA Met Standard Schools.

Barton Creek Elementary heads up Niche’s list of the best elementary schools in Austin. And TEA rates its academic measurables an A, with a scaled State of Texas Assessments of Academic Readiness (STAAR) score of 94.

In addition, students are supported with a Gifted and Talented track as well as intervention programs. It’s also well integrated into the surrounding environment, through a nature trail leading to several outdoor classrooms.

Number two on the Niche list, Forest Trail Elementary is a U.S. Blue Ribbon School founded in 1985. It scores roundly high marks in its TEA assessment. Its scaled STAAR score of 95 is tied with Bridge Point Elementary for the best in Eanes ISD.

Its student values extend beyond the classroom to its 12 belief statements that address learning, children’s needs, staff development, and cooperation. Its comprehensive instructional program includes music, art, and physical education.

Bridge Point Elementary is the largest elementary school in the Eanes ISD, with an enrollment of more than 700. Despite its large student body, it rates a perfect 100 in TEA’s ‘Closing the Gaps’ measure, which defines how well different demographic populations perform.

Bridge Point provides ample opportunities for its students to find their path. The school features a spacious library, two computer labs, and a ‘life skills’ foundation supported by a daily whole-school assembly.

However, its academic excellence isn’t shared equally across its student population. TEA awarded the school with an A for student achievement. But it rated C’s in both year-on-year progress and academic strength across the student body.

Eanes Elementary School is based on the longest continuously used school campus in Texas. Dating back 130 years, it still makes use of some of the oldest buildings.

The school also has a lush outdoor environment. It says that the school experience is ‘like coming to school in a park.’

The classrooms are well used too, earning all A’s in TEA’s accountability ratings.

Laura Welch Bush Elementary is one of the standout schools of the Leander ISD, earning all A’s in TEA’s ratings.

This gives all students a share in its top-ranked academic excellence, even though the student population is large at over 700. 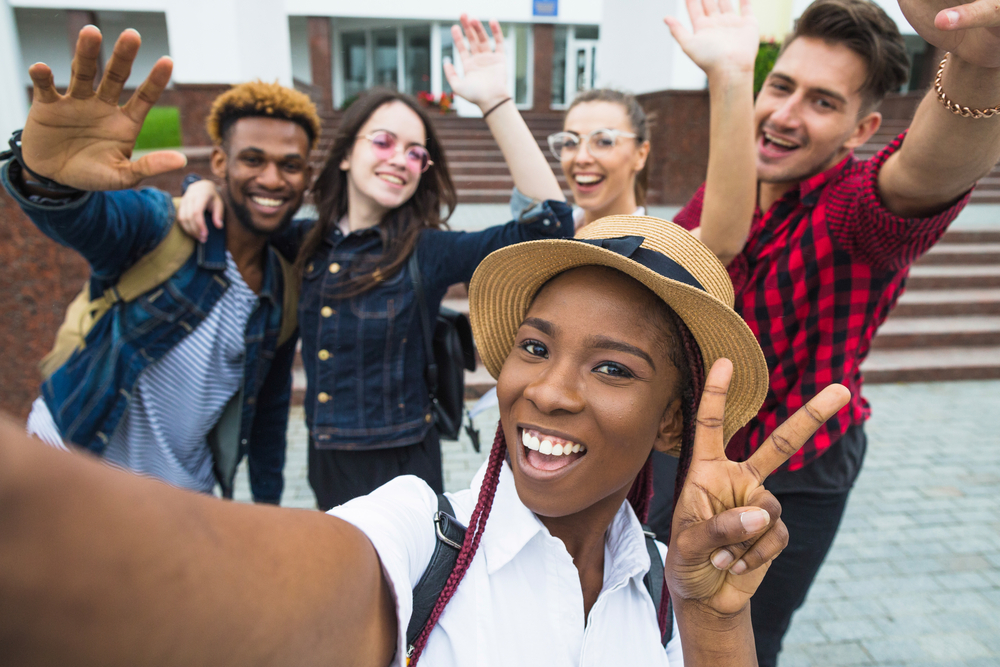 Some of the best private elementary schools in Austin, TX won’t make our list because they stop before high school. But the main institutions are K-12, and have been serving such diverse age ranges for years.

St. Andrew’s is one of the most storied private schools in Austin, dating back to 1952. It’s not just an Austin institution — Niche rates it the 301st-best private school in the nation as well as the best in the city.

It has a high teacher-student ratio of 6:1 for its over 900 students. Its commitment to diversity is shown in a 25% minority enrollment. And it facilitates lower-income participation with $2.2 million in financial aid awarded annually.

Niche ranks Austin Peace Academy as the second-best private school in Austin. This Islamically principled school welcomes students of all faiths and religions. Its well-rounded curriculum is grounded by daily classes in Islamic studies, the Koran, and Koranic Arabic.

Its $8,500 tuition is lower than the state private school average. It encourages a family atmosphere with 35% discounts for siblings interested in the school.

Hyde Park Schools is connected with the Hyde Park Baptist Church. The Schools promote a biblical Christian worldview alongside a core curriculum that saw them rate 3rd on Niche’s best private schools list.

Hyde Park has an enrollment of over 600 students and sends 99% of them on to a four-year institution.

Headwaters School is an independent private school with a varied focus. Its early childhood program is run on the Montessori formula. Gradually the school takes on more of a mainstream focus, culminating in an IB Diploma Programme.

Throughout the grades, the school hues closely to its guiding ‘Purpose, Promise, and PACT.’ These are its commitments to creativity, conflict resolution, advocacy, and critical thinking.

It employs a 7:1 student-teacher ratio for its more than 500 students.

Hill Country Christian School embraces a classical model of education. This model divides learning into three phases: grammar, logic, and rhetoric. This method of instruction is supported by a biblical Christian worldview.

Situated on 54 acres in the Austin suburb of Cedar Park, there is ample opportunity for meditative walks and athletics.

The academic side of things is well supported too. Nine percent of students qualify as National Merit Finalists or Commended Students.

Regents School divides its classical Christian curriculum into a Grammar School (K-6), School of Logic (7-8), and School of Rhetoric (9-12). 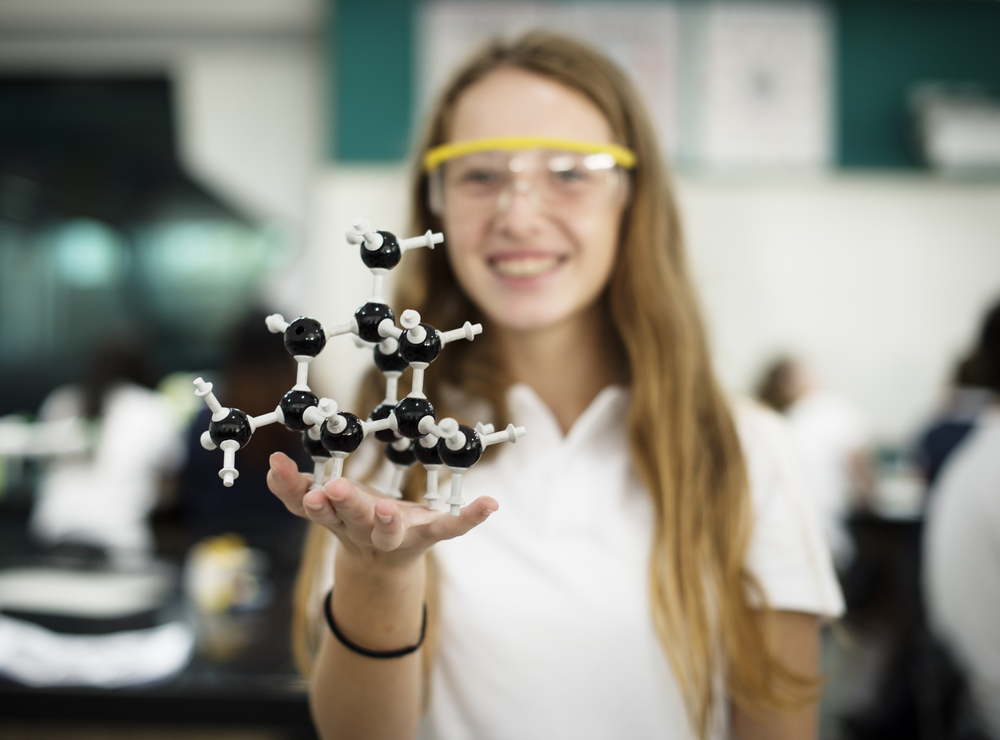 Austin’s scholastic diversity is nearly as wide as its diversity in other areas. And the best schools in Austin support a wide variety of needs and interests.

This non-exhaustive survey is intended to give a look at the breadth of Austin’s best schools — without covering a depth that includes its best charter schools, magnet schools, and even cosmetology schools.

Throughout their varying approaches, Austin, TX schools share some values in common. Like the city itself, Austin’s best schools exemplify a commitment to diversity in interest and identity. And excellence, in whatever direction it manifests.