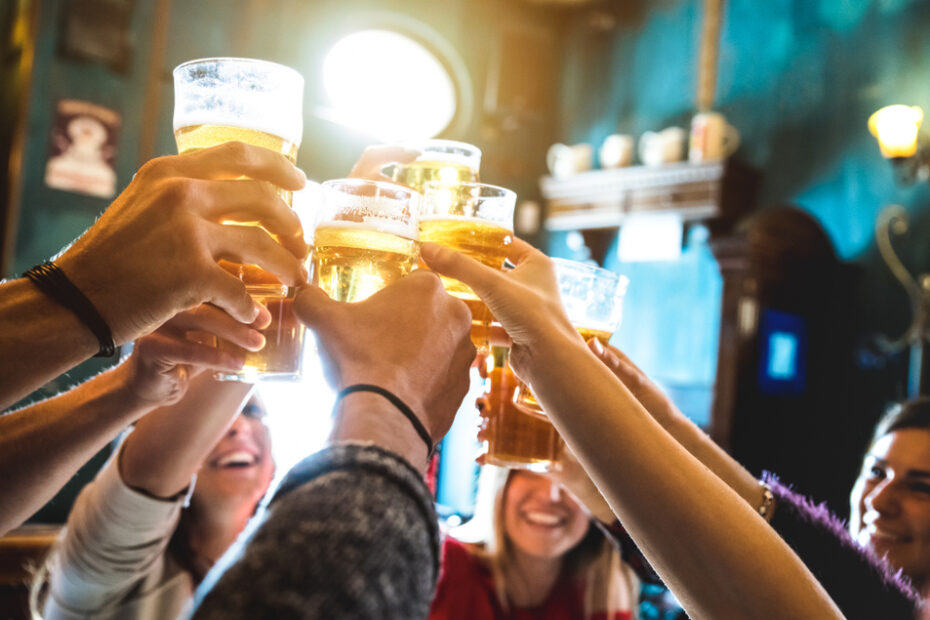 Although local breweries in Austin now rank up there with the city’s other specialties, it wasn’t always that way.

But the craft breweries scene in Austin actually kicked off in 1992, when Belgian expat Pierre Celis started Celis Beer — the first new brewery in Austin in 100 years. The founder of Hoegaarden beer — yes, that Hoegaarden! — sparked the revolution that’s led to the modern-day presence of the 50 breweries now in the Austin area.

Austin’s brewery scene looked to be taking another leap in 2019, when a beer-to-go law was instituted for Texas breweries. Unfortunately, pandemic-related closures of brewery taprooms have impacted the industry’s bottom line to an unforeseen degree.

When a neighborhood has its own ‘brewery district,’ you know that you’ll find some of the city’s best breweries there.

Several spacious breweries are clustered around North Austin’s industrial district along Metric Boulevard. A half-hour walk in this area will take you past six of the neighborhood’s best breweries.

With the high ceilings and industrial chic typical of the best taprooms, these breweries fit in well with their industrial neighbors.

Like many things in Austin’s brewery scene, Peter Celis’s continuing presence is felt in North Austin. After successive sales of his legendary witbier recipe to the biggest names in brewing, his daughter Christine has revived the uncompromised original at Celis Brewery.

But North Austin’s brewery scene is also moving in new directions. Below are three of our picks for the best breweries in North Austin. 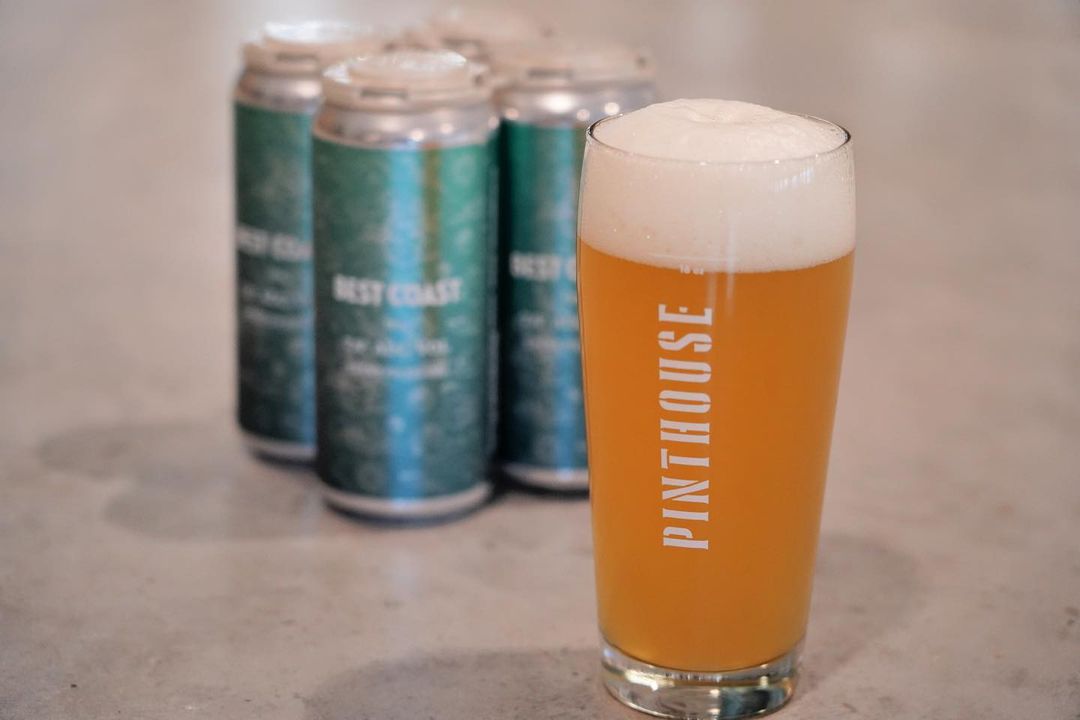 “Half brewhouse, half pizza hall, Pinthouse Pizza is a revelation,” says The Infatuation.

Thrillist says “their Electric Jellyfish is one of the most intriguingly named (and best-tasting) beers in the city.” Named Austin’s best beer from 2016–2018, this standout IPA joins 19 other beers they have produced in being an award winner.

Their beers aren’t the only award winners in the place. From 2013–2018, the brewery itself was named ‘Austin’s Best Brewpub’ in the Austin Beer Guide Awards.

In 2014, it took home ‘Best Brewpub’ honors from the U.S. Open Beer Championships. And in 2018, Craft Beer & Brewing Magazine named it to its ‘Top 3 Best Small Breweries in the U.S.’

The pizza’s awesome, Pinthouse is family friendly, and it has pinball and old-school arcade machines to fill in the gaps. 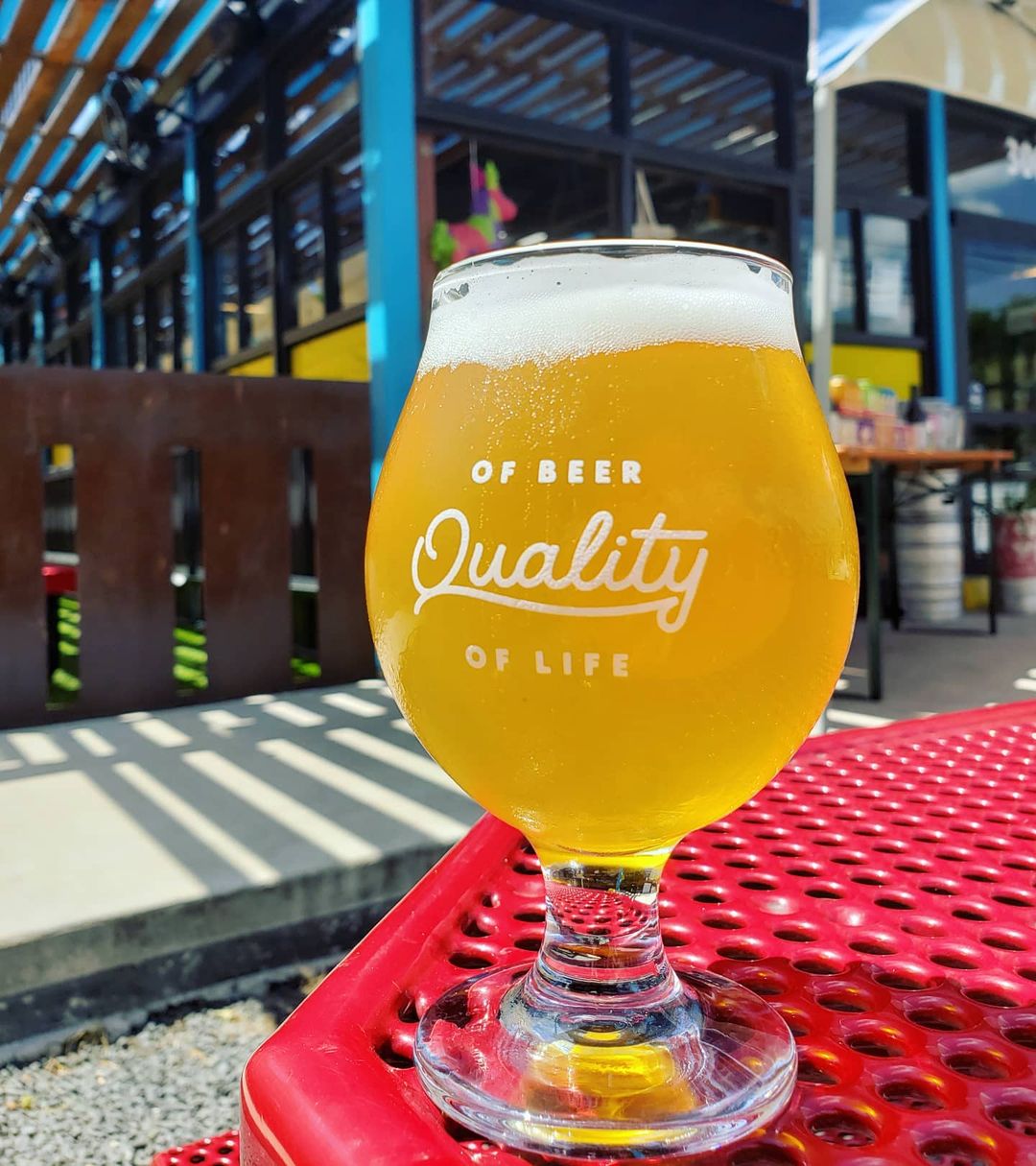 Austin Beerworks (ABW for short) has become another nationally known brewer — and for more than just its beers.

This is in addition to the slew of other ‘best beer’ honors they’ve taken home in the past decade.

ABW has crafted enough of a pre-pandemic lead on other breweries to get them through these fallow times… and give Austinites something to return to. One recent innovation is an ADA-accessible playground — another is becoming official hosts of the supporters’ group of neighbors Austin FC. 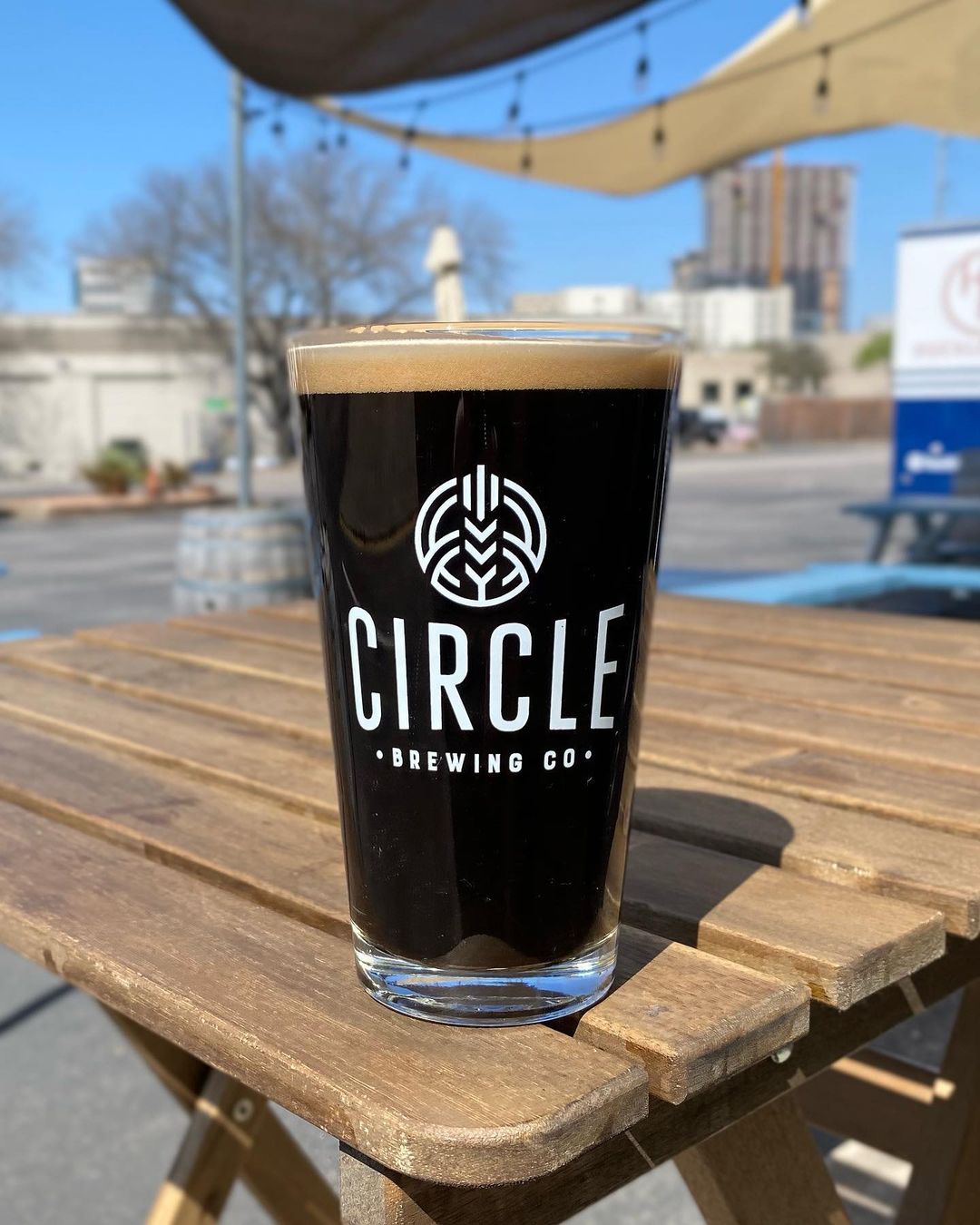 Circle Brewing is another award-winning granddaddy of Austin’s brewery scene. Since they opened their doors in 2010, they’ve had a huge influence on the craft beer scene.

They’ve won a World Beer Cup gold medal for their Archetype Historical IPA, a beer aged in the way it would have been hundreds of years ago.

This fits in with their motto — ‘Purity Through Simplicity.’ Circle follows German purity laws in their brewing recipes, only using water, malt, hops and yeast. This is the approach they’ve used in creating some very clean and drinkable beers, like their other national awards winners, the Blur Texas Hefe and Alibi Blonde.

Their brewery hosts a variety of events in normal times, from Harry Potter-themed yoga to mini-marathons for charity.

Although South Austin has long had its share of entertainment, it’s still found space for some of the city’s best breweries.

It’s not just the cavernous brewpub insides that these breweries have to offer. Some of the most notable breweries in South Austin have large outdoor areas — with food trucks on standby and plenty of diversions. 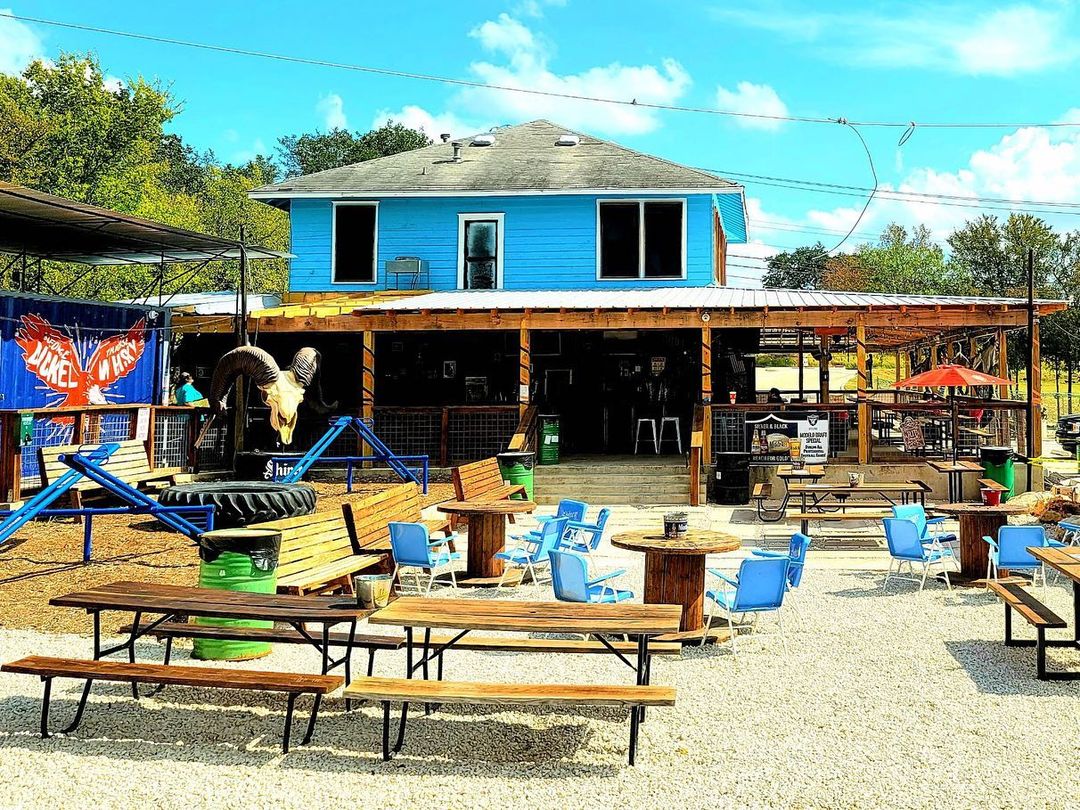 Pre-pandemic, Austin Beer Garden and Brewery (aka ABGB) was one of the most happening places near South Lamar. Their namesake beer garden was packed with people every night of the week, there to sip on their amply awarded beers and take in a rotation of live acts from a stage crowded with brewing equipment. They even used to have a dance floor — remember that?

These days, they’ve had to lean more heavily on their beers — not that that’s a problem.

Their beer list features three-time Great American Beer Festival winner Rocket 100, a pre-Prohibition-style Pilsner. They have five other beers always on offer, plus a few only produced for a limited time. Their menu still features change-of-pace favorites like venison pizza. And the vibe still approximates what ABGB set out to be — a space for the community. 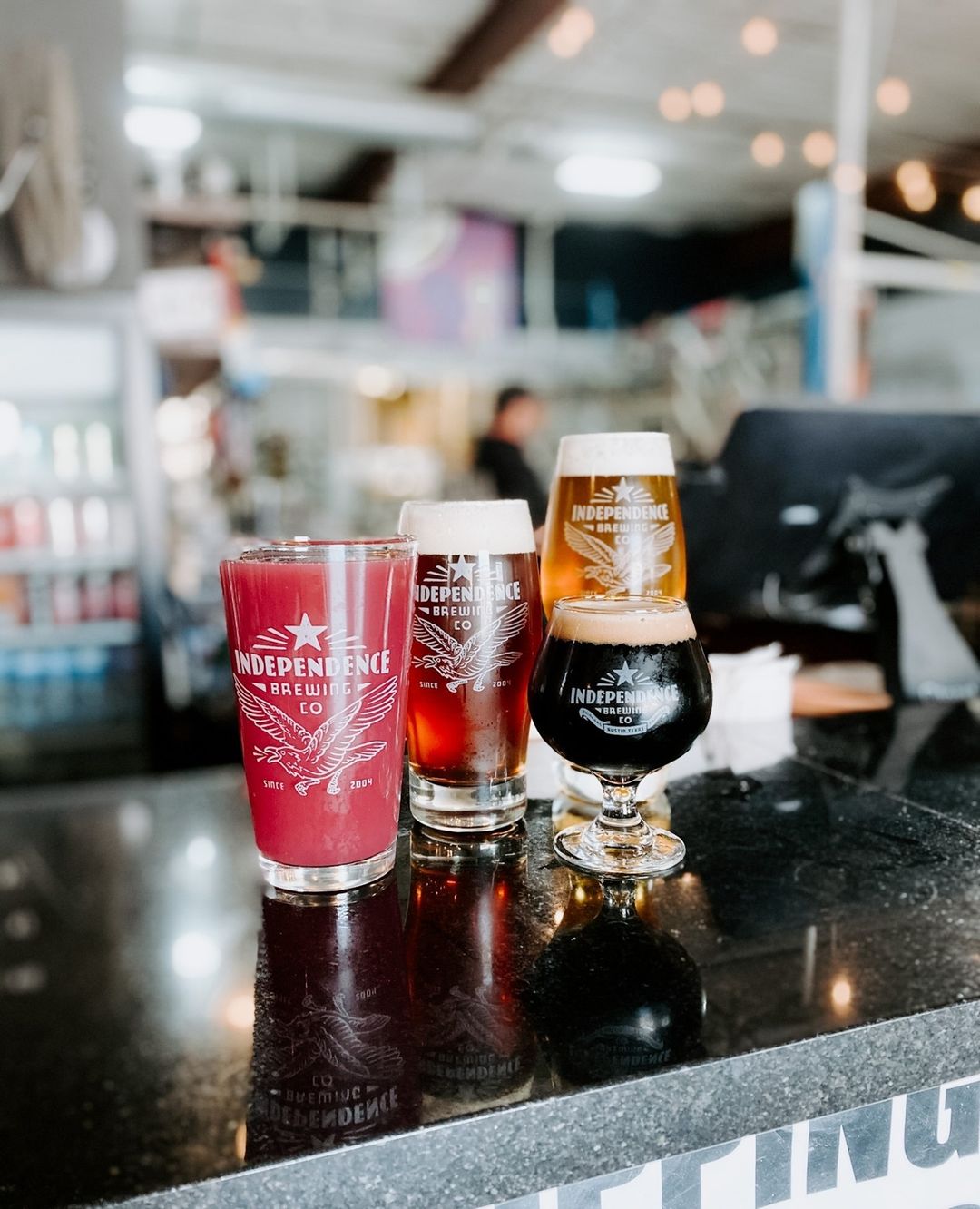 Are you looking for a brewery which toes the line between a cool place to hang out and a mad beer science lab? Independence Brewing might be for you.

Independence has been around since 2004… but it has since hit the big time, by partnering with super-craft label Lagunitas. Independence hasn’t given up its local connection though.

Top-rated tipples like the Liberty Lunch IPA — named after the legendary music venue — and the Austin Amber — an homage to the city’s cinema scene — demonstrate the community values usually found in their warehouse-turned-taproom. Hopefully it won’t be too long till their ‘geeks who drink’ beer IQ competitions make a comeback. 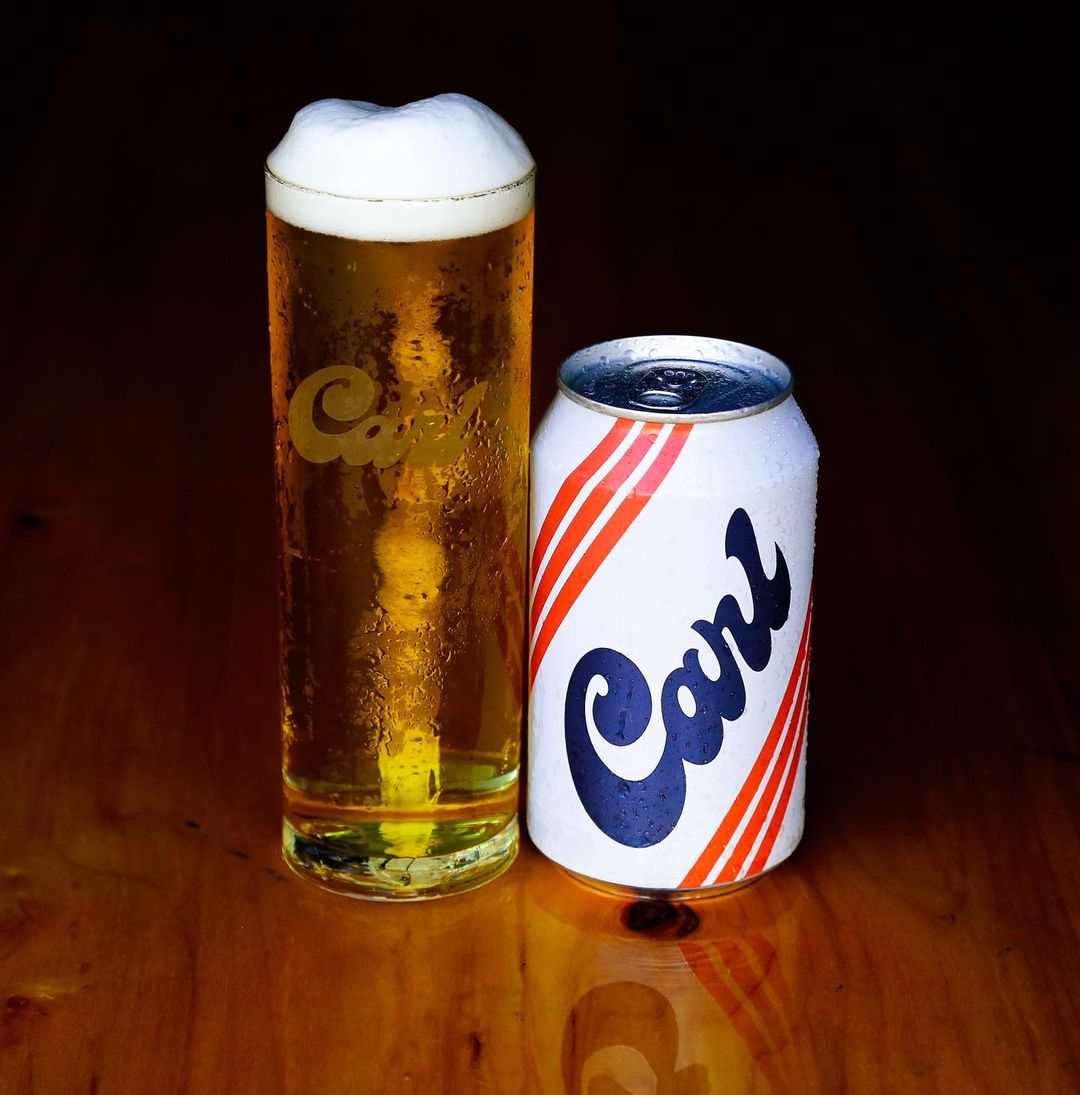 St. Elmo has been creeping up the list of Austin’s favorite breweries, winning ‘Best Overall Beer’ for its Carl Kölsch from the Austin Beer Guide and ‘Best Drinking Hub’ according to Austin Monthly.

Even more outstanding is its emergence on the national scene, winning 2019 Great American Beer Festival gold in the ‘Fruited American-Style Sour Ale’ category for its pink guava sour Roxanne. This may seem like a small thing — until you realize that it beat out 214 other sour ales for the win.

These guys are beer wizards, spinning out a new creation most Fridays.

With all the new development coming to East Austin, it becoming one of the best fits for new breweries is a natural fit.

You can see the change sweeping in, via heavyweights like the venerable Live Oak Brewing moving to the neighborhood. Not only were they able to expand on their 1997 legacy operation, patrons can now drink their German and smoked beers next to a disc golf course!

Not to be outdone, Friends & Allies has set up next to the Austin Bouldering Project — the world’s largest bouldering gym.

Kind of puts the generic cornhole setups you’ll find in other neighborhoods’ brewpub patios to shame, doesn’t it? 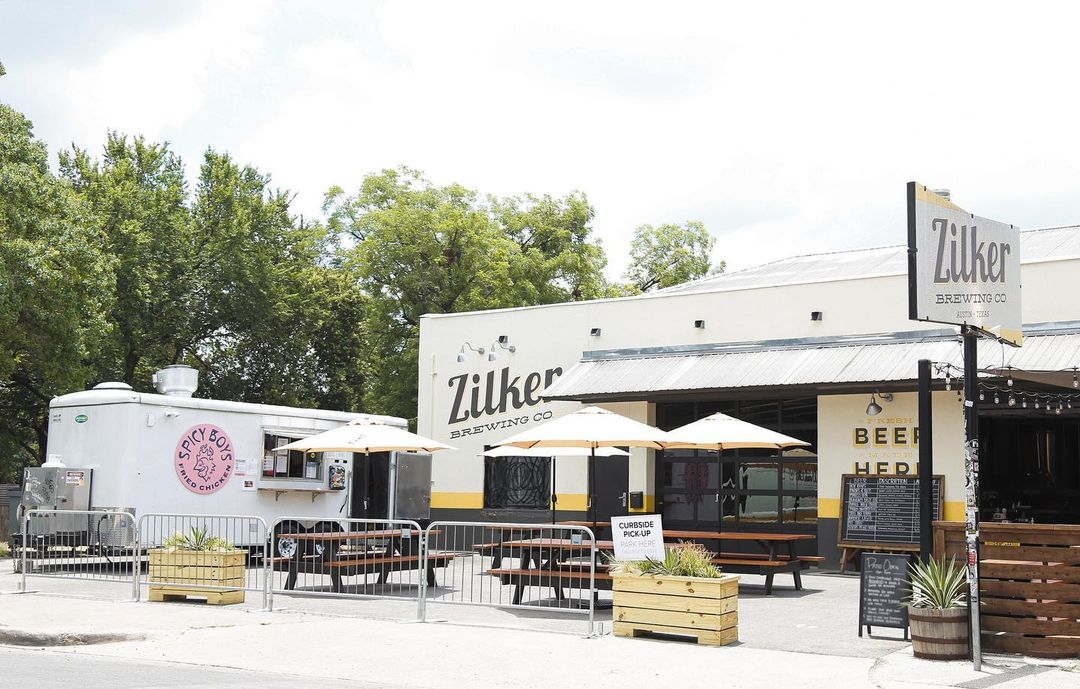 You can see how brewery momentum is shifting to East Austin these days by this entry — even Zilker is moving east!

The reigning ‘Best Brewery Taproom’ according to the Austin Beer Guide, Zilker’s moved up the local rankings on the strength of its funky seasonal selections, like the UTOPiAFest-sanctioned Utopian Festival Ale and its Icy Boys rice lager, made to complement the offerings of on-site food truck Spicy Boys Fried Chicken. It even offers house-made hard seltzers!

There’s a line out the door in normal times for this East Austin standout. But if it gets too crowded, you’re in decent position to audible — fellow East Austin crafter Lazarus Brewing Co. is right down the street. 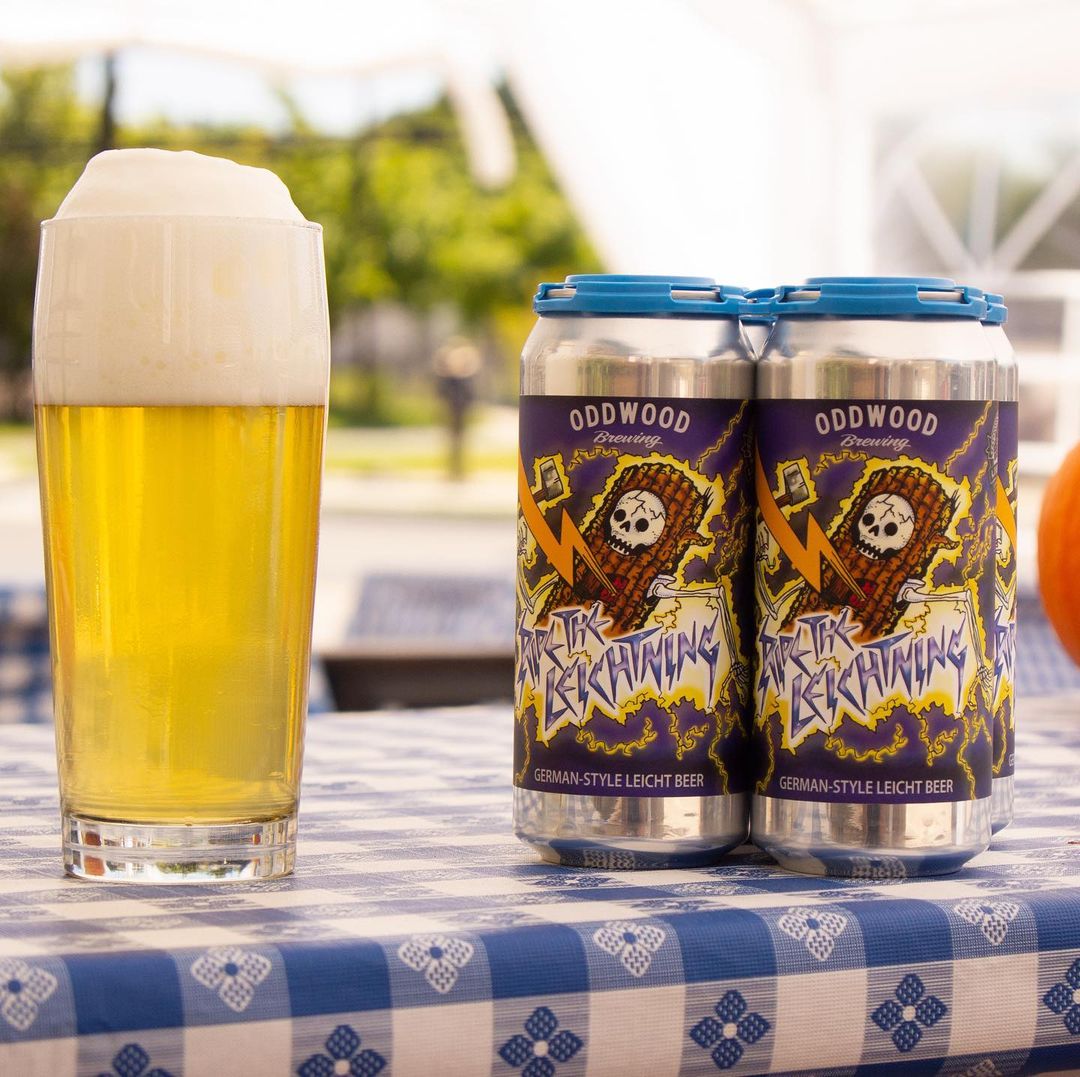 One of the benefits of having a thriving beer scene is the connections that are made. Austin’s best brewers aren’t stuck for ideas. They’re trying to find their own unique space in the brewery landscape.

That’s basically the story of Oddwood Ales, now one of Austin’s best breweries. Their story started with head brewer and owner Taylor Ziebarth mopping floors at the Belgian-style brewery Adelbert’s. Eventually he became head brewer… but he was already working on his passion project.

Now Oddwood is a regular entry on ‘best of’ lists for its wild sours and hazy IPAs — winner of the 2019 Austin Beer Guide Editors’ Choice Award for ‘Best Brewpub.’ In simpler times, the taproom sports classic arcade games, comfort food, $10 beer flights and a relaxed atmosphere. 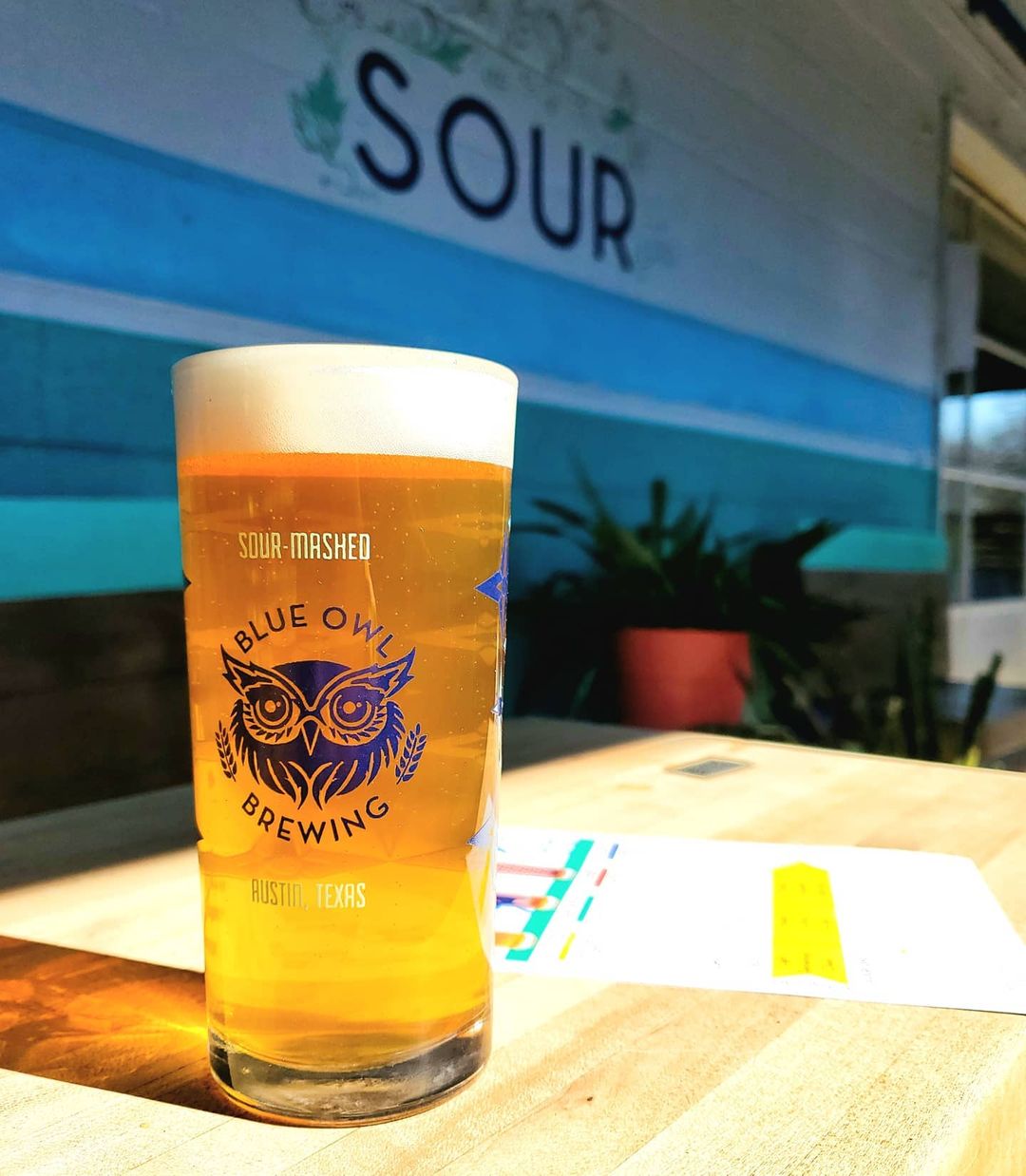 Instead of barrel-aging, Blue Owl uses a naturally-occurring barley bacteria to sour their beers. This cuts the wait time down from months to hours. And it allows them to sell takeaway beers at mass-market prices.

Their taproom and pastel patio don’t serve food. Instead they lean extra hard into the brewery angle, offering a guided tour and a flight of beers as a package.

West Austin’s hills are a perfect setting for some of Austin’s best breweries. Fans of these breweries know there’s no time for a craft beer like sunset.

That isn’t to say that daytime views aren’t pretty special too. Depending on your perspective, some of Austin’s best craft beers are either the main attraction or the icing on the cake. 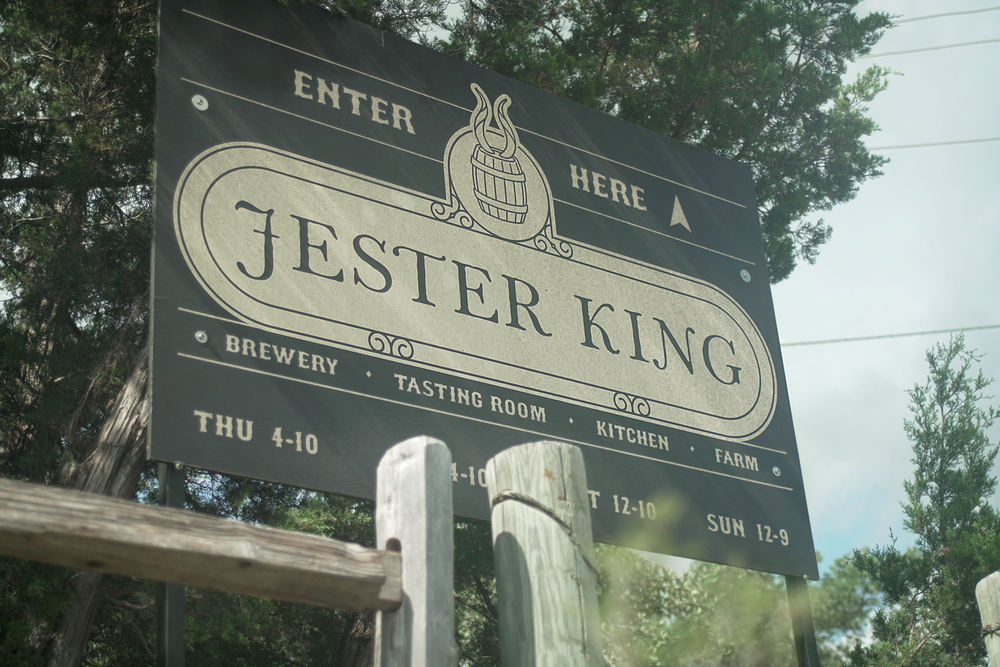 Jester King isn’t only one of the best breweries in Austin — without its F.X. Matt Defense of the Small Brewing Industry Award-meriting advocacy work, Austin’s modern craft scene wouldn’t have been possible.

But don’t think of a visit to Jester King as a nod to past glory. As the Austin Chronicle wrote in rating the King the best brewery of 2020, “No business has made recovering from near catastrophic financial failure seem as smooth as Jester King did this year.” Jester King’s pivot was made possible by its 165-acre Hill Country home, now host to a huge beer garden and a more pandemic-friendly brewing process. 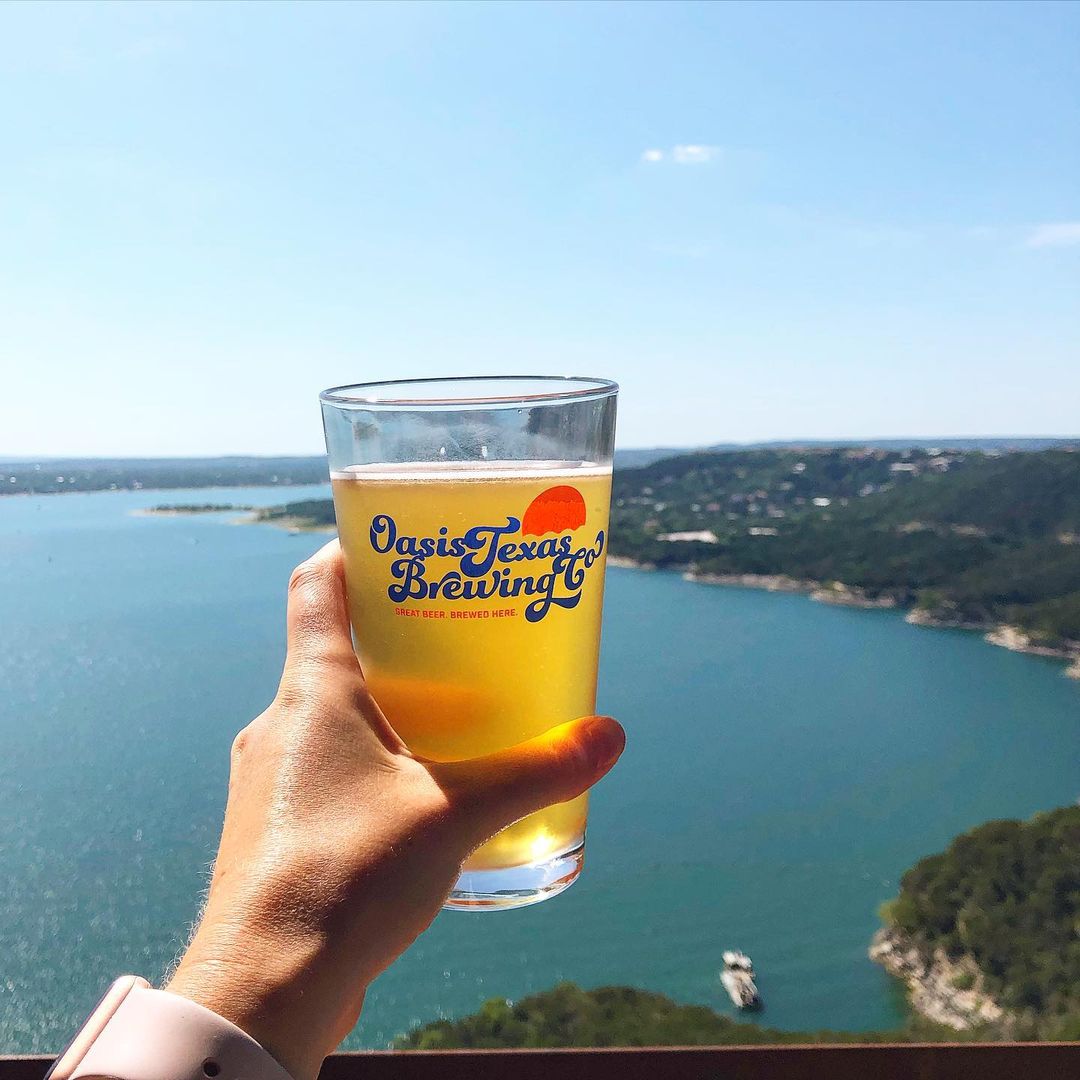 Come for the pristine views of Lake Travis, stay for the $10 beer flights.

For the longest time, the rap on The Oasis complex was that they had some of the best views, with some of the worst food. Oasis Texas Brewing Company has changed that… but you’ll still be hard pressed to find anyone there for the food.

Their open-air space sits 400 feet above Lake Travis. Head brewer Spencer Tielkemeier has worked at some of the best breweries in Austin, like Independence Brewing, (512) Brewing Company and Live Oak Brewing. And he’s evidently learned some tricks — winning Great American Beer Festival gold in 2014 for his English-style best bitter, London Homesick Ale, back when Oasis was just a wee puddle. 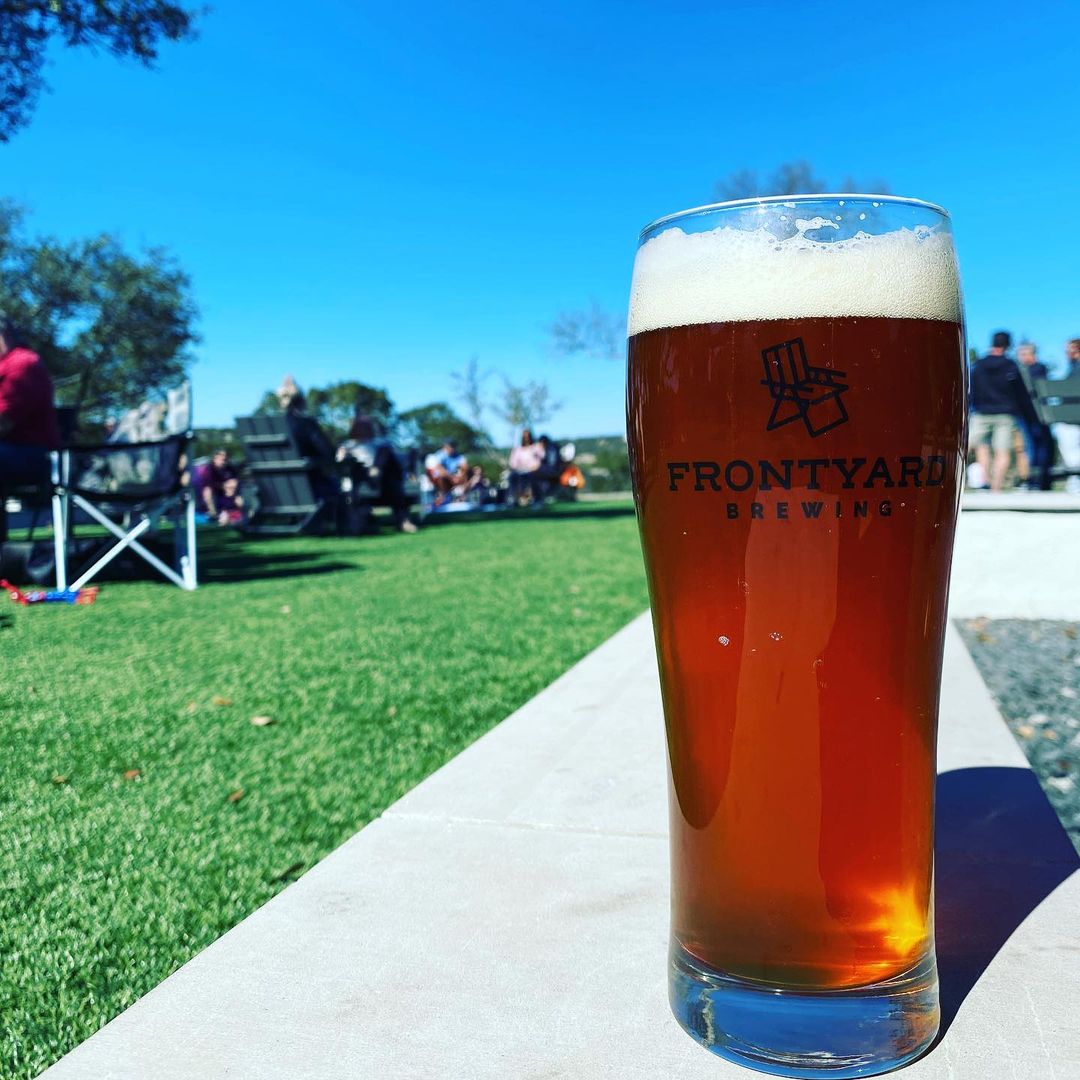 You might have seen Frontyard beers at some of Austin’s better pubs and backyards. Co-founders Kevin Jones and Chad Worner started out as home-brewers, and wanted their brewery to evolve organically.

They proved their concept in the years that followed. Only recently did they move out of the private space they had previously occupied, onto nine acres in Spicewood.

The brewery opened during the pandemic, and has become the family-friendly space that its brewers hoped for. The picnic tables, Adirondack chairs, fire pits and pickle-ball courts the area is sprinkled with have helped. There is live music on the weekends.

Frontyard even hosted an Easter egg hunt in their turf-covered backyard this year.

2020 was the most difficult year yet for Austin’s beer scene since it took off in the 1990s. We haven’t seen the end of the damage that the coronavirus has caused — but we’ve seen how breweries in Austin have responded to the challenge.

Beer lovers have braved the restrictions to give Austin’s best breweries continued business. And these breweries have stood out among the nightlife scene, as their large properties make socially-distanced drinking easier.

This unusual challenge may even have strengthened the industry in the long run. It’s spurred some moves like Jester King’s to its ample new digs. For everyone else, there were revived beer styles, streamlined customer service processes and new products like mini-kegs.

Austin’s breweries are fighting for their lives. Luckily for Austin’s beer drinkers, life-saving has never been so easy.