Home » Blog » Museum of the Weird: What to Know Before You Go

Museum of the Weird: What to Know Before You Go 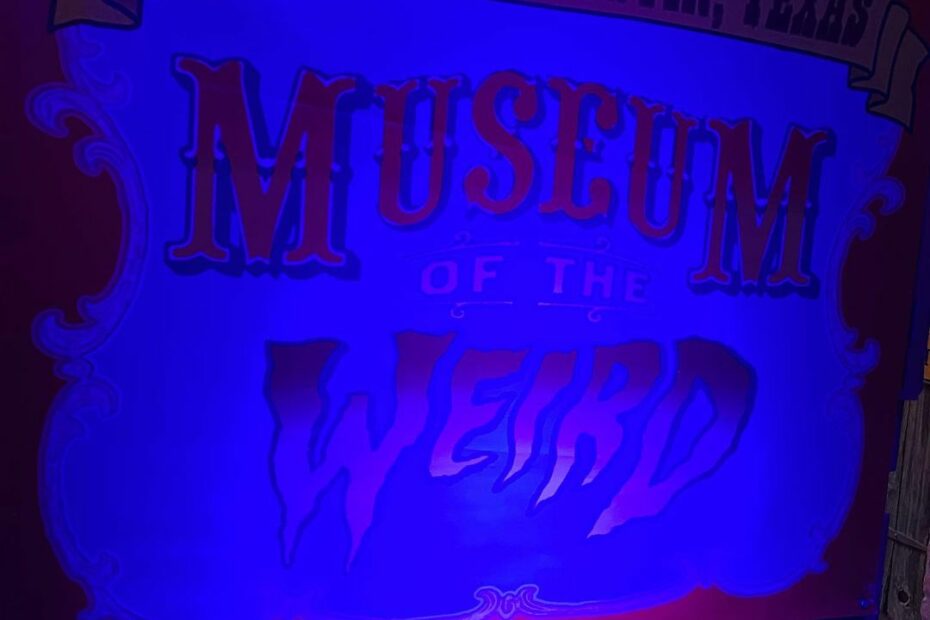 The Museum of the Weird sits at the crossroads of two traditions — the spirit of ‘Keep Austin Weird’ and a much older one.

This was after the Industrial Revolution, when new scientific knowledge was being uncovered at a rapid pace. When it came to breakthroughs such as evolution, people found that many of their basic ideas about the world were wrong.

It was a perfect time for showmen like P.T. Barnum to test the limits of credulity. They would present science fiction and science fact side by side, leaving it to visitors to decide the truth for themselves.

This ‘dime museum’ tradition is carried on in Austin by the Museum of the Weird. And while most of the exhibits have nothing to do with the city, the fact that Austin has kept it alive should tell you all you need to know.

What’s in Museum of the Weird?

Museum of the Weird is a collection of oddities and wax figures, under the stewardship of owners Steve and Veronica Busti.

The seeds of the museum were present in earlier creations. Steve owned Austin’s Sfanthor! House of Wax before the two developed the Lucky Lizard curio shop. 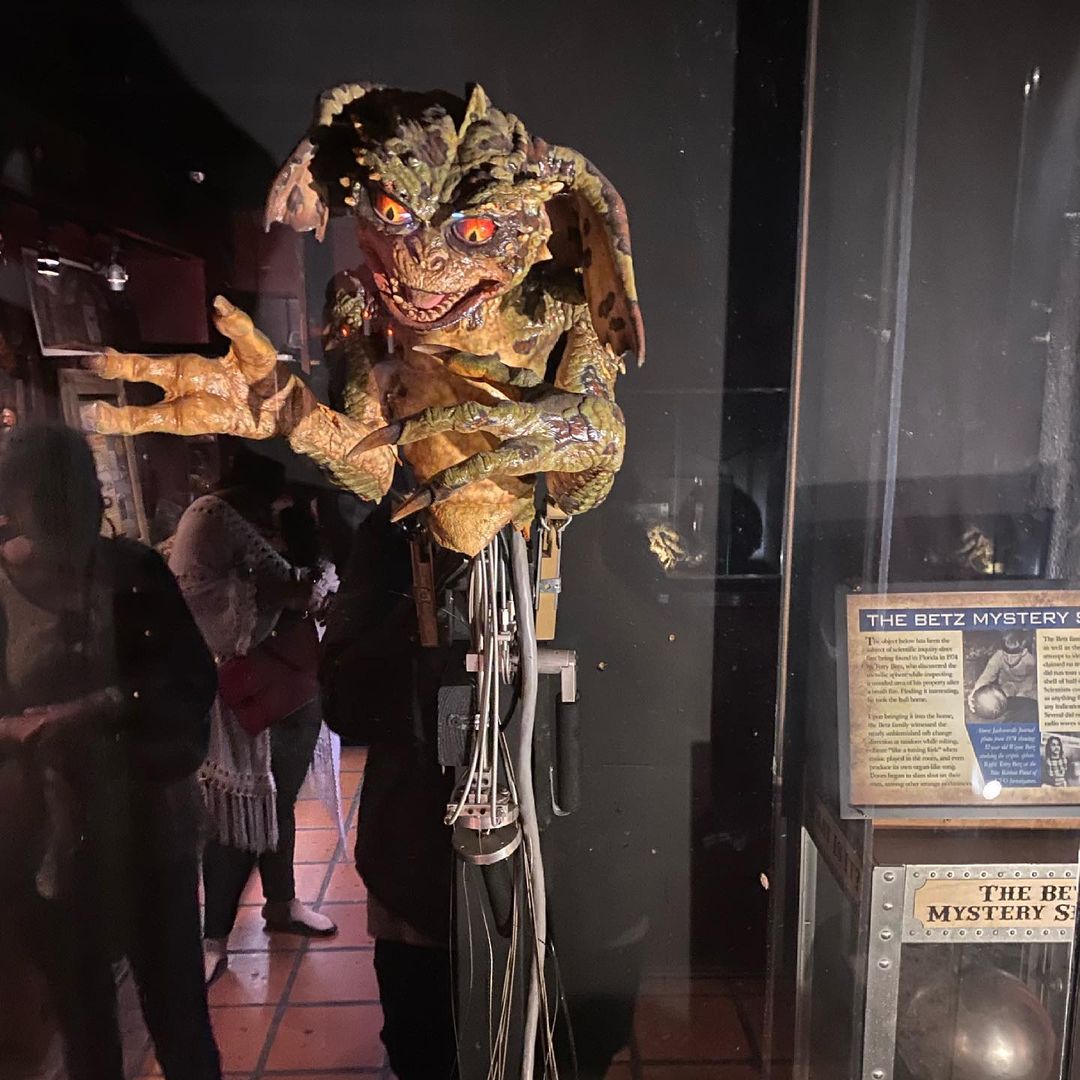 The museum’s wax figures of movie monsters and sideshow legends were inherited from the wax museum. Invoking old-time Hollywood scares, it has full-size wax figures of Dracula, the Wolfman, and the Phantom of the Opera. It also leans into sideshow lore, depicting P.T. Barnum, the Elephant Man, Jo-Jo the Dog-Faced Boy, and Siamese twins Chang and Eng at their mythic best. 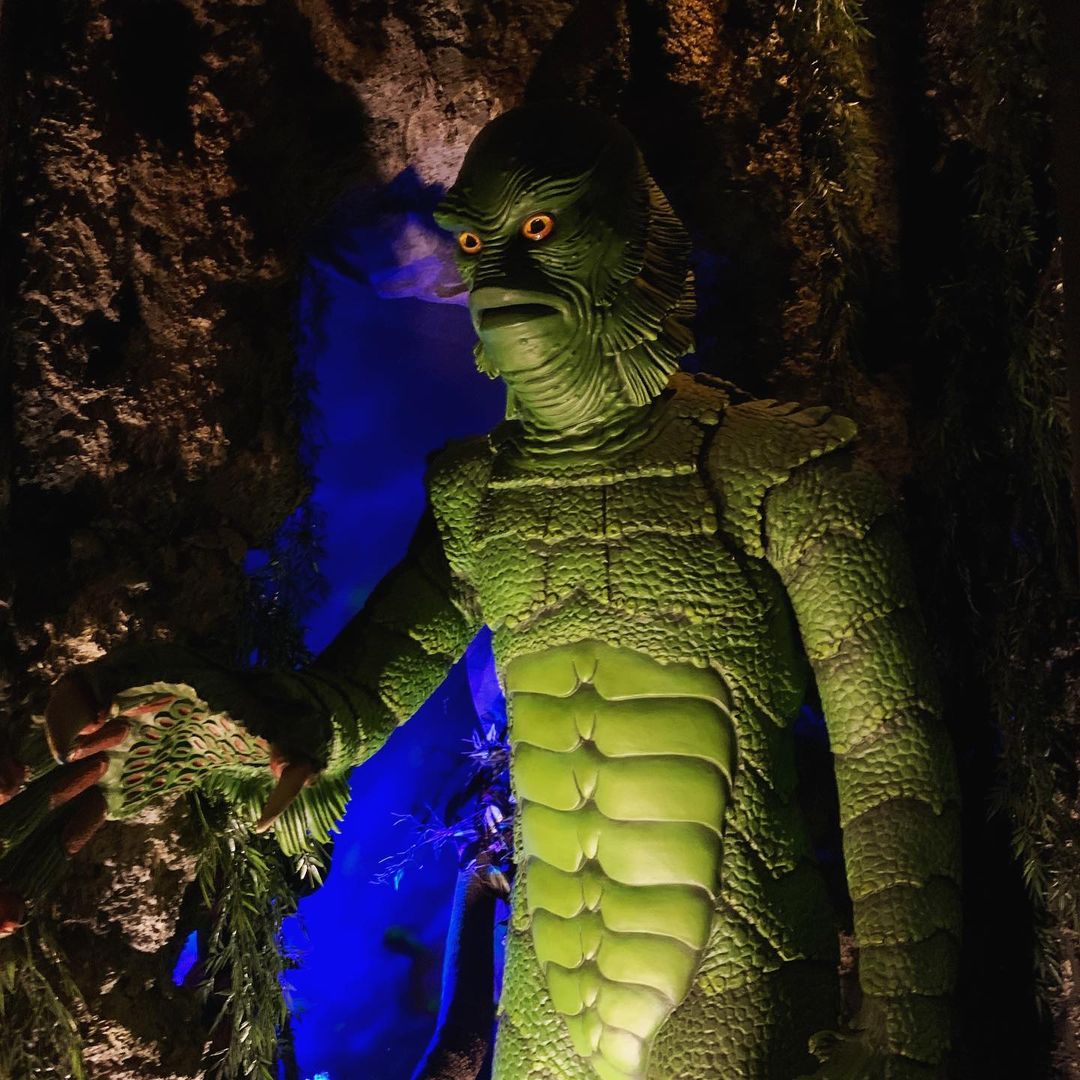 The Lucky Lizard formed the bones of the current collection of shrunken heads, fake mermaids, and dried fruit from a tree which bears fruit in the shape of a woman spirit.

The Bustis soon got the idea to present the shop’s collection of strangeness in museum form. Ever since, they’ve been adding to the collection.

Mostly, they try to collect genuine oddities, like the 3,000-year-old mummy they have on display. 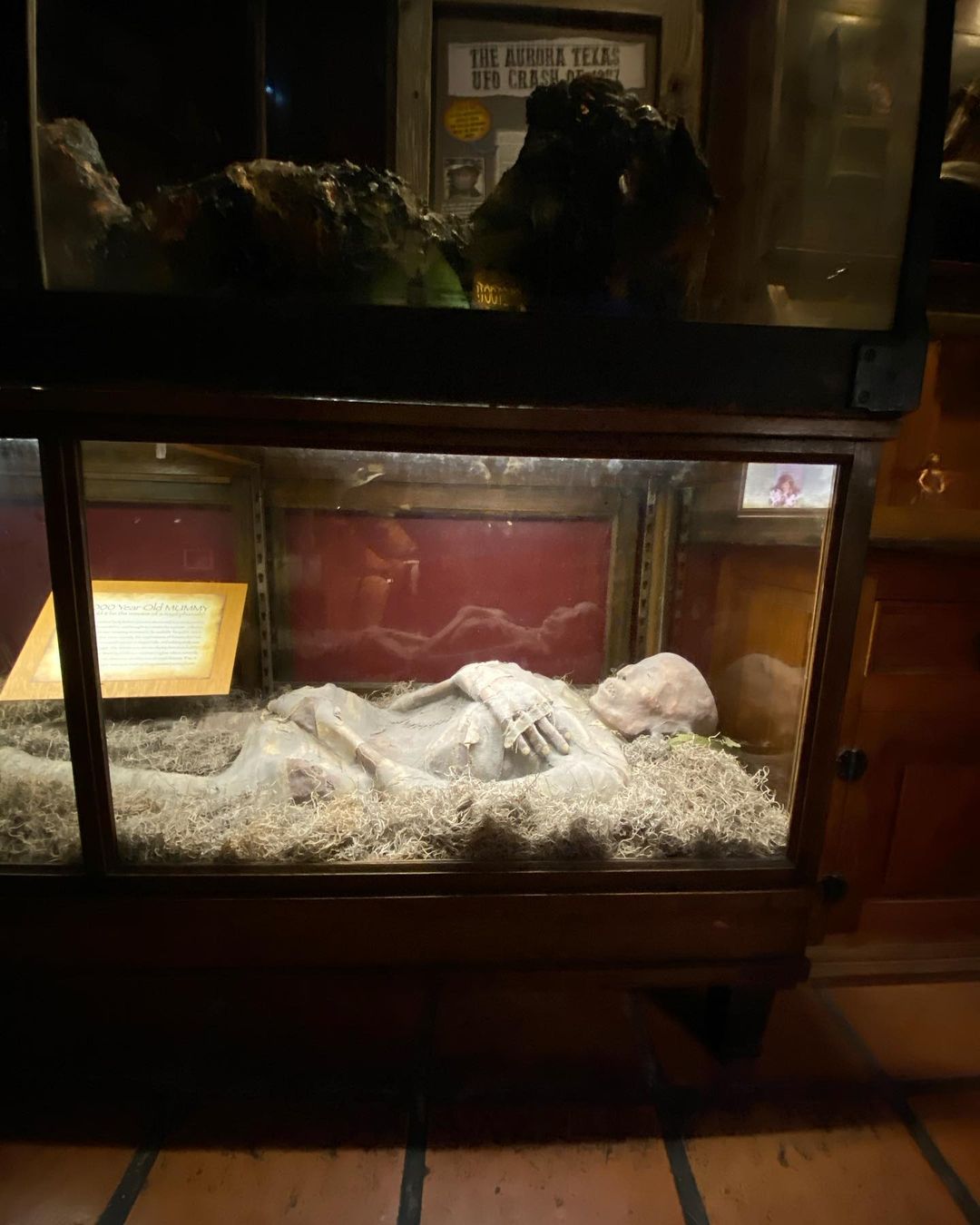 But their collection also leans in a classic sideshow direction. They have a Fiji mermaid, created from the torso of a monkey and the body of a fish. They have the skull of a Texas bigfoot. The crowded glass cases that fill the museum’s small rooms and hallways aim to overwhelm visitors with wonder. 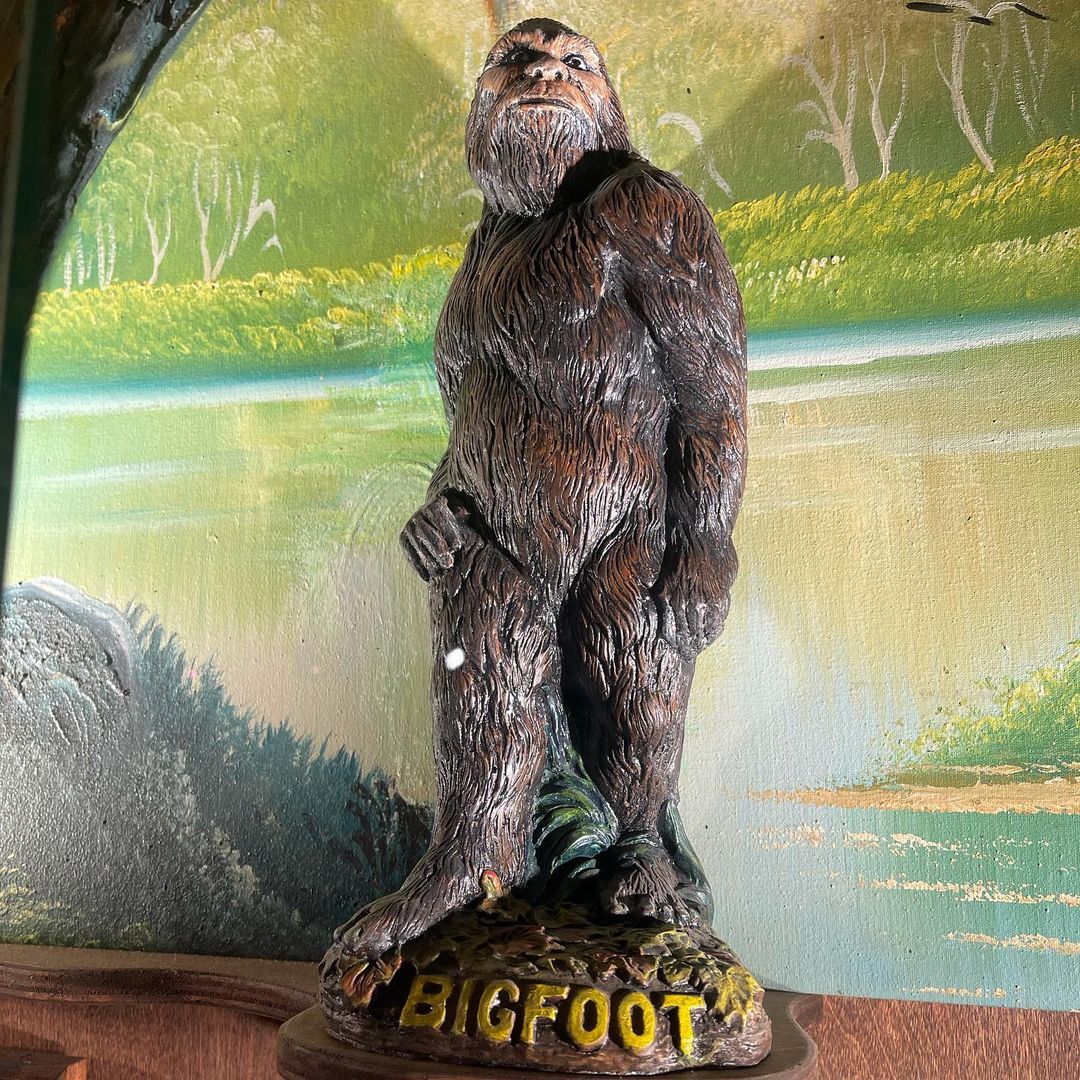 Steve himself is part Austin character, part showman. When Roadside America interviewed him, he opted to keep the mystery alive.

“I’m very open minded,” he said. “I believe there’s some truth behind these mysteries. Something that we don’t yet understand, that scientists won’t admit.”

What to Know Before You Go

The Museum of the Weird is certainly unique — and that means it’s not for everyone.

If you like kitsch, you’ll find a lot to like here. The entertainments of yesteryear are on full display. As with many things, this can go one of two ways.

If you like the call-and-response thrills elicited by six-year collections of nail clippings and ‘the world’s heaviest roach,’ you might appreciate this museum. If you aren’t turned off by the romanticization of sideshow contrivances like the ‘half man-half woman’ or a woman boxing a giant rooster, it will be $12 well spent.

Some people expect different things than the Museum of the Weird has to offer. The curiosities haven’t been recalibrated for the 21st century — meaning that they’re more meant to titillate than make you wonder.

Of course, that was always part of the bargain. The crudely-stitched ‘mermaids’ inside the sideshows never matched the brightly-colored banners on the outside.

Seeing these elements side by side lends context to the museum’s presentation. Some people will be able to see beyond the faux-shock and get a sense for what wonder was like in years past.

$12 Admission and COVID Protocols in Place

The $12 admission ($8 for those under age 8) goes towards museum entry and a periodically-scheduled performance by ‘professional human oddity’ Juan Martinez.

Martinez is a local performer who’s made a living out of sideshow revival. He gives museum goers a taste of the classic routines, combined with a bit of banter.

He hammers a nail into his nasal cavity, slowly and methodically. He swallows a sword — and then *SPOILER ALERT* an elderly woman in the audience will sometimes pull it out, adding a bit more uncertainty to the process.

Special events such as a Victorian séance are charged separate from the cost of admission.

Most of the museum’s COVID protocols are one that we’ve all become used to.

There’s just one that seems museum-specific…

Try to Visit on a Weekday

If you can, it’s best to go on weekdays.

When the weekend rolls around, the museum’s known to have lines out the door. COVID distancing restrictions make the weekdays’ relative emptiness more attractive…

But the best reason to visit on a weekday is having lots of space for photo ops!

Parking on 6th Street or Nearby Lots

Parking on 6th Street is free for up to two hours — or all day on Sundays.

When street parking isn’t an option, it’s easy to find a nearby paid lot.

The Final Word on the Museum of the Weird

The Museum of the Weird throws a lot at its visitors. Some will be amused, some will feel a sense of wonder — others will feel like they’ve seen it before. Your mileage may vary.

Regardless of personal experience, the museum fills an important role. It’s a custodian of a brand of Americana that has been all but lost.

The Museum of the Weird knows this. It’s attempting to preserve this heritage for a city dedicated to ‘the weird.’