The 5 Safest Neighborhoods in Austin 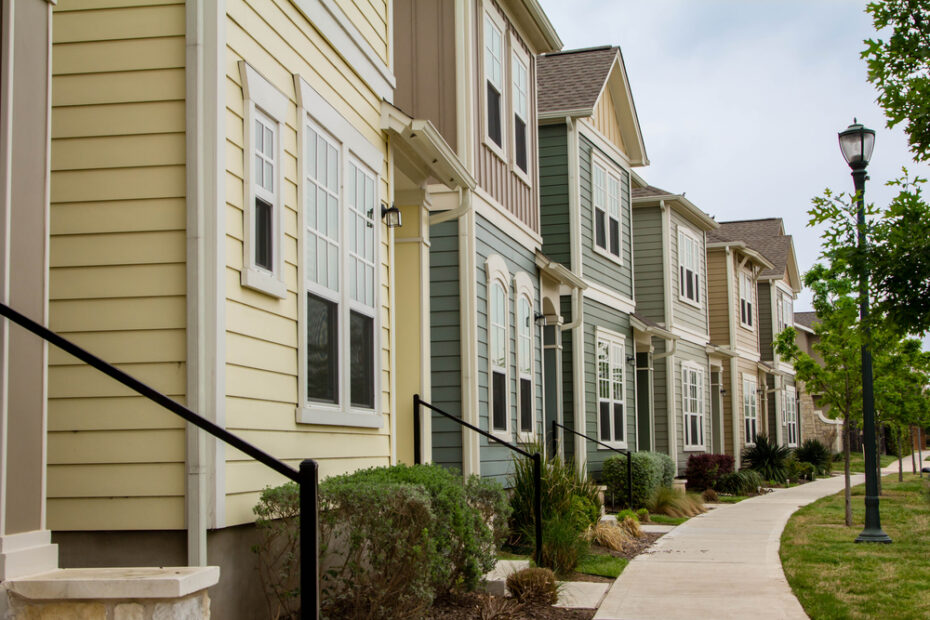 The safest neighborhoods in Austin are among the safest nationwide. But statistics don’t necessarily matter to people trusting a neighborhood with their loved ones and valuables.

Traditionally, what people think of as the safest neighborhoods is based on reputation. One of the challenges for Austin, TX is growing into a larger and more complex city without changing that sterling safety record.

If you want the perception of safety, you’d move to a homeowner’s association in Steiner Ranch. But if you’re looking for the safest neighborhoods in the more central parts of Austin, you’ll find they’re as safe as anywhere in Texas.

So what are the safest neighborhoods in Austin, Texas? Read on to find out.

How Safe is Austin?

In 2020, Texas Lt. Gov. Dan Patrick called Austin a “disaster” and said it’s become “one of the most dangerous cities in America and definitely in Texas.”

Is it actually? Not according to the FBI’s 2019 National Incident-Based Reporting System Crime Data.

In a ranking of 22 cities with populations above 400,000, Austin ranked squarely in the middle in overall crime.

This data is incomplete, as more states switch over to this new reporting protocol.

Perhaps a better measure is the 2020 Crime in Texas Report from the Texas Department of Public Safety, which lists the crime rates of Texas’s 41 largest cities. Austin ranks 34th in overall crime and 28th in violent crime — not exactly bulletproof.

But look at the names below Austin on these lists — Dallas, San Antonio, Houston and Corpus Christi score lower on both. The only city on these lists that rivals Austin’s safety record and approaches its size is Fort Worth, which is joined at the hip with Dallas.

So how did Patrick come to his conclusion?

According to CBS Austin, Patrick’s office cited a Wall Street Journal article about murder rates nationwide. Austin had the largest percent increase in murders of all the cities covered in the story.

“Austin traditionally has such a low number of homicides that any increase is going to seem significant in percentage increase,” Austin PD Assistant Chief Jennifer Stephenson told CBS Austin.

Most Common Crime in Austin 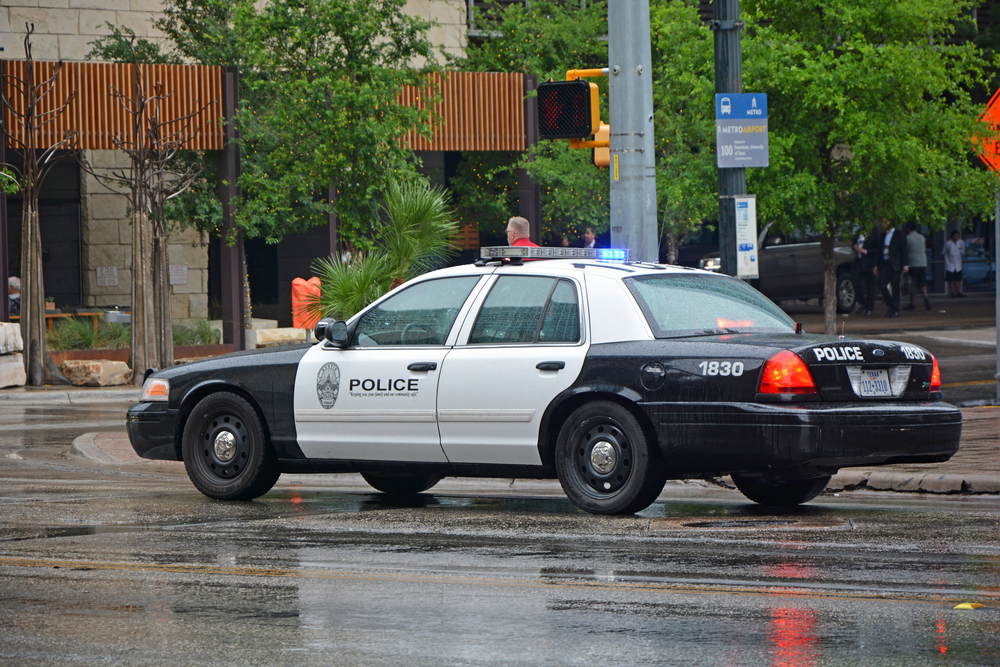 What crimes does Austin suffer from?

Let’s look at these stats in a more direct way. In a 12-month period, the average Austin resident has only a 0.4% risk of falling victim to a violent crime. That risk balloons to 3.7% for property crimes, not including muggings, which are in the violent crime category.

If you want to fine slice these results even further, head over to krimelabb. Started by Austin resident Jack Darby, this resource won the Austin Chronicle’s 2011 award for “Best Way to Chart Local Crime.”

Krimelabb will help you chart the worst zip codes for any number of criminal offenses, from arson to catalytic converter theft. Results go all the way back to 2007, which should let you identify trends as well.

Teach a man to fish, right? But we know you didn’t Google this topic to figure it out on your own. So, without further ado, here are our picks for the safest neighborhoods in Austin.

We ran down the numbers, then put them through our ‘intangibles’ filter to deliver our picks…

Right away, you’ll notice a pattern. Four of five of these neighborhoods are in an area straddling the dividing line between north and central Austin. We love this area for its diversity, architecture and relative affordability.

You’ll also find them heavily represented in our Best Neighborhoods in Austin: 2022 Guide.

For us, these areas feature some of the best balance in Austin. And they’re safe round-the-clock — from when your children leave for school till when you come back from the bar.

There seem to be a few common themes to Brentwood’s atmosphere of safety. It has active and friendly neighbors. It’s walkable, with plenty of adult, kids and dogs plying its sidewalks and the local park. It’s quiet, slightly tucked away from downtown’s commotion.

This user sums up what residents value it for: “It still feels like a small neighborhood compared to how fast Austin has grown.” 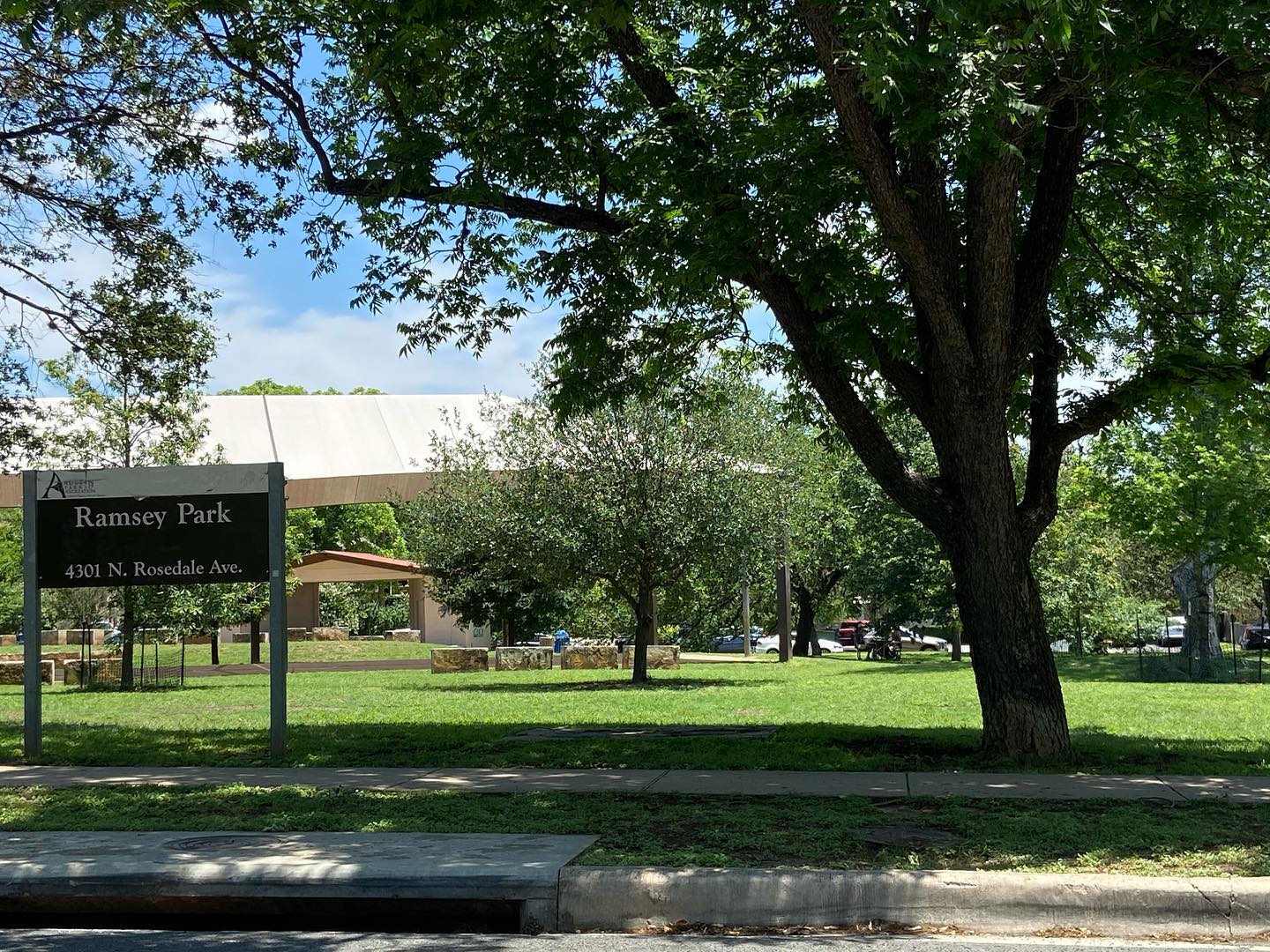 Just south of Brentwood lies Rosedale, whose crime rate is about 40% below the Texas average.

And if you’d like to get proactive about your safety, Rosedale is also home to the excellent Ascension Seton Medical Center.

As one Trulia user put it, “Norman Rockwell could [not] have drawn a more family-oriented neighborhood.” 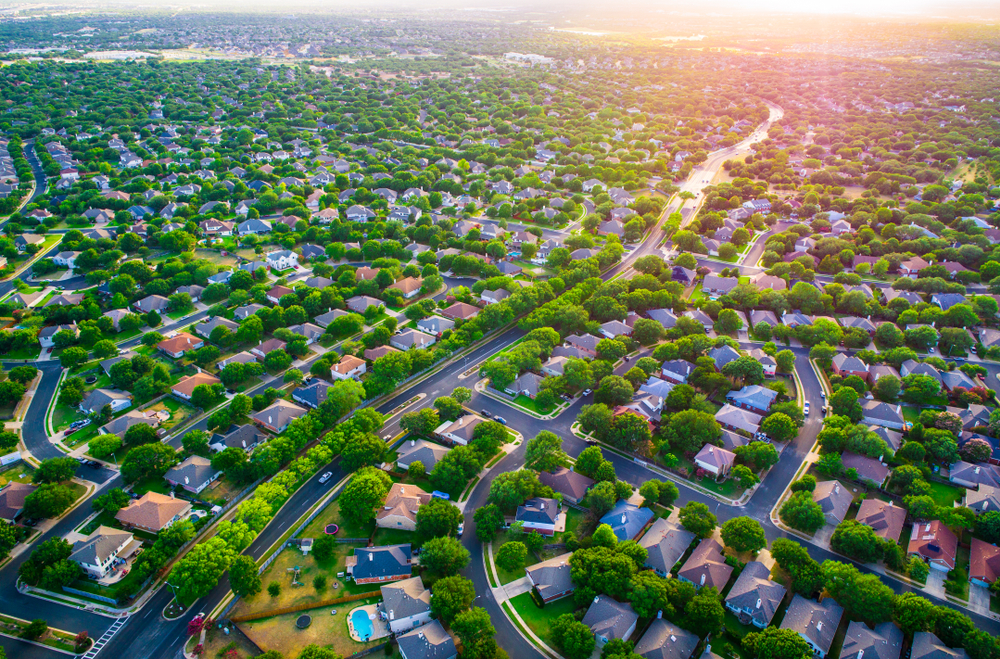 Let’s head one neighborhood north for our next pick, Allandale.

Like its neighboring districts, Allandale is also a middle-class neighborhood. It employs the same neighborhood continuity, walkability and family friendliness to achieve crime rates about 60 percent lower than those of Austin at large.

Trulia users also rave about its small-town, yet close-to-everything balance.

This user said it best: “This neighborhood combines the best of both worlds, which is decreasingly common — urban living combined with spacious, family friendly lots and atmosphere. You can literally walk or bike everywhere and you can also enjoy the privacy of a spacious backyard with enough space for big items like pool and trampoline. It’s suburban living without the monotony of suburbia.” 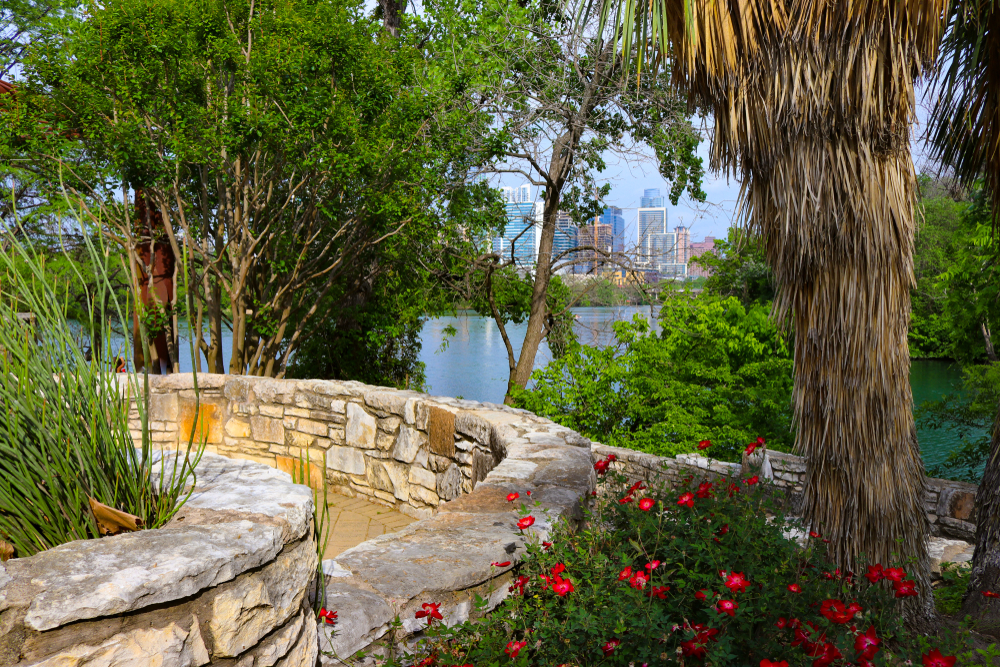 Could dogs be part of the security appeal? We didn’t mention it too much before, because commonalities like close-knit-ness stood out more…

But come to think of it, Trulia reviews of the safest neighborhoods in Austin do mention dogs a lot. Here are some for Hyde Park:

“There’s not any place to take your dog, but there’s plenty of room on side streets for walking them on a leash. Most everyone has yards with some space for their pets.”

“Hyde Park has Central Park and other smaller neighborhood parks for dogs.”

“I don’t have a dog, but I see people with their dogs all the time. The streets are good for walking.”

Whatever the case, this north-central Austin enclave — east of Rosedale and southeast of Brentwood — has the rest of the magic formula down, teeming with small-town amenities that keep residents out and engaged. 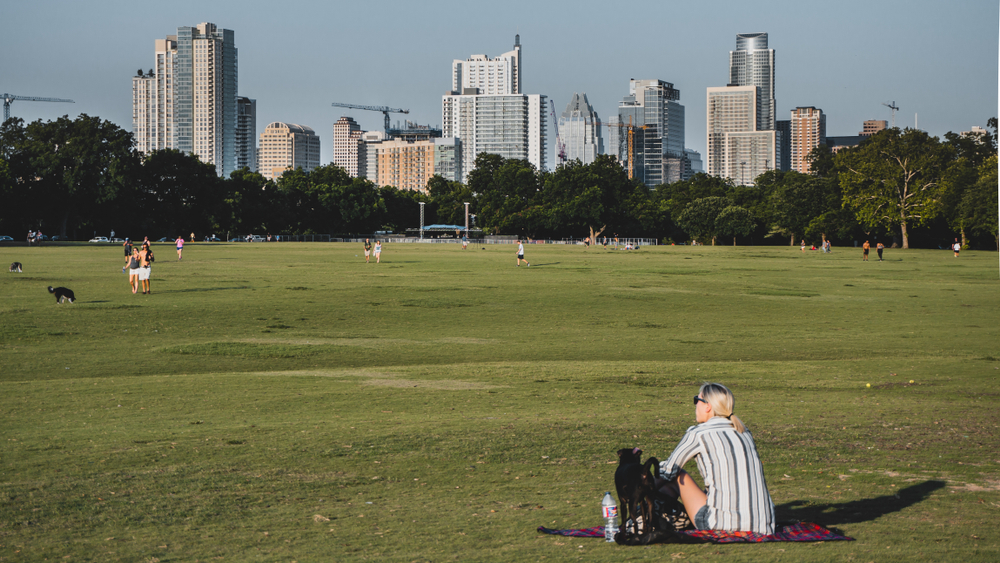 For adventurous safety seekers looking to spread their wings, this Zilker Park haven has just as much city adjacency as the preceding examples.

On the north edge lies ‘Austin’s most-loved park.’ The action funnels through streets of trendy shops, bars and restaurants to a surprisingly quiet residential section. Buffering the area to the south is the Barton Creek Greenbelt.

For us, this is the perfect recipe for city opportunity without the hassle. As one Trulia reviewer puts it, Barton Hills is “close enough and still near everything but very private and quiet neighborhood.”